It's been a long time coming.

According to Met Éireann, temperatures this Sunday will reach 24 degrees in Leinster and Munster and reach as high as 25 degrees come Monday.

END_OF_DOCUMENT_TOKEN_TO_BE_REPLACED

Before then, temperatures will reach the low 20s in places but will remain cooler in coastal areas.

Thursday will be "mostly cloudy with some patchy drizzle in places" but will get brighter in the afternoon and evening with sunny spells and temperatures as high as 22 degrees.

Here's your forecast for the rest of this week ⬇️

High pressure building over Ireland over the next few days 📈 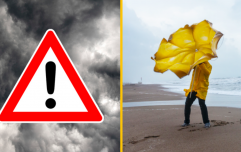 END_OF_DOCUMENT_TOKEN_TO_BE_REPLACED

Friday will be dry in most places with isolated showers and light rain in the northwest, but better weather and more sunshine will arrive later in the day, with temperatures set to reach 23 degrees.

Saturday is set to be mostly dry with well-scattered showers and a mix of cloud and sunny periods, with temperatures again reaching 23 degrees.

Conditions on Sunday are forecast to be mainly dry and warm, with a few isolated showers and plenty of sunny spells as temperatures reach 24 degrees. 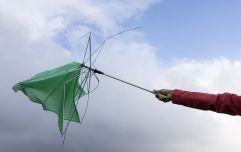 END_OF_DOCUMENT_TOKEN_TO_BE_REPLACED

As for next week, the national forecaster says: “Early days of next week are looking to bring a lot of dry weather with temperatures in the low, possibly mid, 20s.

“Somewhat cooler for the western and northwestern areas where it may be cloudier, with a chance of rain there on Tuesday.”

popular
Katherine Ryan says famous TV star is a ‘predator’ and everyone in industry knows
The 50 most iconic songs of all time* have been revealed
A great and gritty crime thriller is among the movies on TV tonight
8 Irish Christmas markets and festivals you need to visit this winter
Released 30 years ago today, this Irish thriller still has a worldwide impact
David Walliams reportedly quits Britain's Got Talent after making offensive comments about contestants
The JOE Friday Pub Quiz: Week 322
You may also like
4 days ago
It doesn't look like we'll be getting a white Christmas this year
5 days ago
Yet more weather warnings unleashed as things turn very grim indeed
6 days ago
Status Orange warning for three counties as "very intense" rain expected
6 days ago
Status Yellow warning for all of Ireland as heavy, thundery rain set to hit
1 week ago
Weather warning issued for all of Ireland over "dense fog"
1 week ago
Status Yellow warning issued with heavy rain and wind on the way
Next Page