The Thai boys who were rescued from a flooded cave are mourning the diver who died during the mission to save them.

The 12 boys and their football became trapped in the Tham Luang cave on 23 June when monsoon waters began rising.

Many of them spent more than two weeks in the cave as experienced divers launched their rescue mission to extract them. 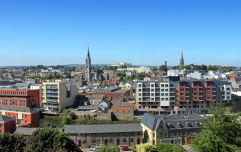 END_OF_DOCUMENT_TOKEN_TO_BE_REPLACED

During the mission, volunteer and former Navy SEAL diver Saman Kunan came into difficulty while installing oxygen tanks along the cave's narrow passages.

He passed away on 6 July.

Health officials deemed the boys and their coach mentally and physically fit to receive the news of Kunan's death on Saturday.

Prior to this, the boys, aged between 11 and 16 years old, had no idea that the diver had died.

Upon hearing the news, many of the boys cried and wrote messages of thanks to the former Navy SEAL. 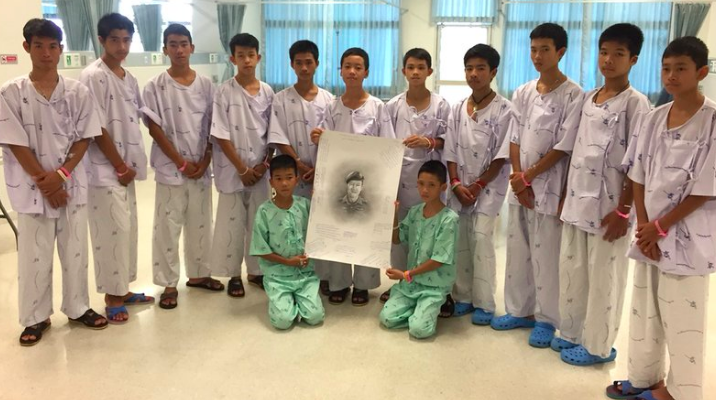 "All cried and expressed their condolences by writing messages on a drawing of Lieutenant Commander Saman and observed one minute of silence for him.

"They also thanked him and promised to be good boys."

END_OF_DOCUMENT_TOKEN_TO_BE_REPLACED

Photos released by Thai officials show the boys crowded around a sketch of Kunan with their heads bowed.

Almost 100 divers were involved in the mission to extract the trapped boys from the cave.

Upon their exit, the youngsters were transported to hospital where they have remained since then.

They are expected to return home on Thursday.

popular
QUIZ: Can you name all of these counties from their nicknames?
429 new cases of Covid-19 confirmed in Ireland, one more death
QUIZ: Can you identify the EU countries from this list in less than 45 seconds?
QUIZ: Name the obscure characters from The Simpsons (Part Three)
Borat 2 is coming to Amazon next month, ahead of the US election
Storm Alex to bring wet and windy weather to Ireland in the coming days
QUIZ: Can you name all of these characters from Love/Hate?
You may also like
3 days ago
One man has died following a road crash in Wexford
4 days ago
A man in his 70s has died following a crash in a car park in Cork
4 days ago
Electric scooter user found dead in Meath
5 days ago
Police officer shot dead in south London
5 days ago
Teenager (19) dies following road collision in Mayo
2 days ago
Bus Éireann to halt many inter-city services due to financial concerns
Next Page