A young seal shocked a group of surfers over in the UK when it joined them for a few waves over the Bank Holiday weekend.

The surfers in question, Matt Stanley and Andrew Flounders, were surfing off Amble in Northumberland, UK, when the young seal pup started following them around in the water.

END_OF_DOCUMENT_TOKEN_TO_BE_REPLACED

The pup began by nudging Andrew’s foot from under the water and eventually it jumped up onto lads’ boards for a rest. The pair spent around 45-minutes with the seal and said it was a “once in a lifetime experience”.

According to the two surfers, the seal became so attached during the surf session that it even followed them to shore after their session. In fairness to Flounders he also made sure to call the local marine wildlife sanctuary afterwards to let them know about the overly friendly seal, just in case it was sick or injured. 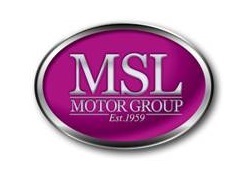