The line-up for the Galway Film Fleadh has been announced and funnyman John C. Reilly is doing a Masterclass on how to act.

END_OF_DOCUMENT_TOKEN_TO_BE_REPLACED

This is just one of many attractions in the six day international event, running from the 9-11 July.

Also making an appearance are Pixar director Pete Docter and producer Jonas Rivera, who will both be in to town to attend a screening of Inside Out.

We cannot wait to see this...

Masterclasses in screenwriting, directing and a casting workshop will also be happening over the six days, as well as 13 World Premieres and a number of screenings of Irish Oscar hopefuls.

Incorporating the celebration of also being a UNSECO City of Film, Galway has a number of shorts made in or by filmmakers of their home town. 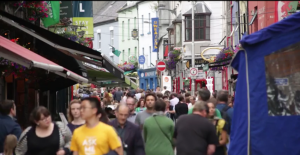 Now in it's 27th year, the festival continues to attract an array of directors, actors, cinematographers and artists from all backgrounds. 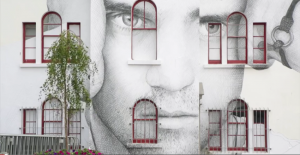 Here's a taster of some of the best moments of the Film Fleadh over the past 27 years, starring natives from the City of Tribes.

The Big Reviewski || JOE · The Big Reviewski with Y: The Last Man, that Malignant ending & a secret streaming service
popular
Ed Sheeran announces extra show in Dublin's Croke Park as part of major 2022 tour
Rare magnitude 5.9 earthquake hits Australian city of Melbourne
You could be shopping in an Aldi store with no checkouts in Ireland in the near future
Gabby Petito disappearance: FBI confirm remains found are that of missing woman
The film that predicted the pandemic is among the movies on TV tonight
"One person's rent is another person's income" – Varadkar rejects calls for three-year rent freeze
President Biden warns trade deal must not derail peace in Northern Ireland
You may also like
38 minutes ago
Michael Gandolfini on playing the young Tony Soprano in the new Sopranos prequel movie
3 days ago
Ranking Daniel Craig's James Bond movies from worst to best
3 days ago
Daniel Craig says goodbye to James Bond in emotional farewell speech
4 days ago
The Ultimate Dwayne "The Rock" Johnson Quiz
5 days ago
Gunpowder Milkshake has the makings of a perfect Friday night movie
5 days ago
A brilliant Irish psychological thriller and 5 more movies and shows to watch this week
Next Page