Theresa May has been warned she faces just days left as prime minister with a cabinet coup set to oust her from no.10, according to several reports.

Stories broke on Saturday night reporting that senior Tories are ready to remove May as leader and replace her with an interim prime minister, as the UK enters the final stretch of Brexit negotiations. 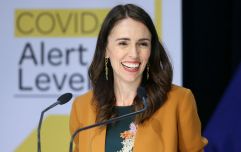 END_OF_DOCUMENT_TOKEN_TO_BE_REPLACED

The Sunday Times report that 11 cabinet ministers have told them they want rid of May, who recently secured an extension to the Brexit deadline after failing to gather enough support to pass her deal in the house of commons in two 'meaningful votes'.

Ministers believe May has become an “erratic” figure whose judgment has “gone haywire”, according to the Times.

On Monday, ministers are expected to demand May steps down, threatening mass resignations and publicly calling for her head if she refuses to bow to the pressure.

May's deputy, David Lidington (me neither) has been touted as a potential replacement, as well as Jeremy Hunt and Michael Gove.

Lidington would step in to deliver Brexit before a(nother) leadership contest is held in the autumn.

Cabinet minister including Amber Rudd and Phillip Hammond are understood to be in favour of Lidington's appointment.

Should Lidington become PM in the short-term, it is reported that he would not stand in a leadership contest later this year. Home secretary Sajid Javid would also not get in Lidington's way, despite his own ambitions of leading the party, if the cabinet are in consensus that Lidington should take control of leading the UK out of the EU.

This all comes in the immediate aftermath of a People's Vote march that saw a reported million people take to the streets of London to demand a second vote on Brexit, and a petition to revoke article 50 nears five million signatures.

It's been a week of errors for May, who made another hollow speech on Wednesday night, in which she assured the public she was on their side, before blaming parliament for the deadlock that saw her deal rejected on two occasions.

Stay tuned for the next chapter in this shitshow of chaos.

House of Rugby Ireland · Munster can't beat Leinster, Six Nations squad and John Cooney interview
popular
RTÉ Prime Time footage shows tanned Irish holidaymakers returning from Lanzarote
Bill Gates hits back at "crazy" and "evil" conspiracy theories posted about him on social media
QUIZ: Can you name all of these countries just from one of their cities?
Taoiseach Micheál Martin says people need to stop going on holidays
Holly Willoughby criticises influencer for travelling to Dubai during pandemic
QUIZ: Do you know the collective name for these groups of animals?
Leo Varadkar rules out going straight to Level 3 restrictions in March
You may also like
4 days ago
Boris Johnson says new Covid-19 variant could be 30% more deadly than original strain
6 days ago
People think The Simpsons predicted Kamala Harris becoming VP
6 days ago
Joe Biden begins presidency with 15 executive orders, some reversing Trump policies
1 week ago
Joe Exotic fails to receive pardon from US president Donald Trump
1 week ago
Joe Biden quotes James Joyce in farewell speech in Delaware
1 week ago
Armie Hammer drops out of Jennifer Lopez film amid social media controversy
Next Page