It is a week of new beginnings, new endings and new consequences.

The big political stories of 2016 are finding their expression this week. For months we have been talking about Brexit and Donald Trump taking office. It has been supposition laced with superstition as to what the future of global politics could look like and where Ireland will find its place.

This week may finally put some shape on all of the political punditry and allow us some certainty.

END_OF_DOCUMENT_TOKEN_TO_BE_REPLACED

Although seeing as the government in the North of our small island could be about to fall apart, that certainty may not last beyond your morning's coco pops.

Nevertheless here are the three events to be mentally prepared for this week:

After 5pm Monday, the week-long time bomb that has been holding the power-sharing government of Northern Ireland together will cease. James Brokenshire, the excellently named Northern Ireland Secretary, will be obliged to call an election unless Sinn Feín nominate a deputy first minister to replace Martin McGuinness.

Sinn Feín have made no moves to nominate someone in McGuinness' place, as he resigned in protest against a flawed renewable energy scheme, which could cost Northern Irish taxpayers £490million. It was the mishandling of the scheme, known as 'cash for ash' by the Democratic Unionist Party that directly led to McGuinness' resignation.

Several elements of the developing story have been unusual, including accusations of misogyny by Arlene Foster, when she was faced with criticism over her continued support for the cash for ash scheme and her refusal to step aside while an independent investigation was carried out. The first minister took to the spindly web of the internet, to post this image to her facebook page below the title; “Can’t see all the haters when I’ve got my love glasses on.” 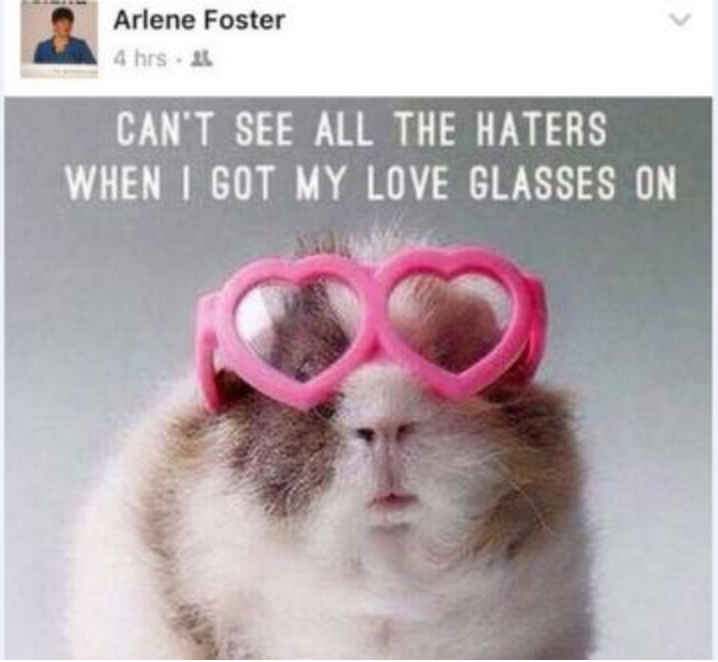 END_OF_DOCUMENT_TOKEN_TO_BE_REPLACED

An unfortunate move perhaps from the first minister,  considering the 'haters' she refers to are constituents who are going to be paying almost half a billion pounds in taxes for the scheme she was defending.

So what happens if Brokenshire calls an election tomorrow evening? Well, Northern Ireland needs 25 working days before they can hold an election, which means they will be both campaigning and politically restructuring during one of the most crucial Brexit periods so far.

The people of Northern Ireland will have no first minister or deputy first minister, to represent them in talks when Theresa May triggers Article 50. The plans for which she is due to announce on...

Long awaited and amid the ongoing backlash of some leaked documents (not those ones) as to the internal disarray of the British government's' exit strategy from the EU, Theresa May will take to a pulpit to announce how the UK are going to go about Brexiting. Has that been turned into a verb yet? It undoubtedly will be as we prepare to hear about the Terms and Conditions, for the next two years.

END_OF_DOCUMENT_TOKEN_TO_BE_REPLACED

The Prime Minister has said that she wants a clean and hard Brexit and is expected to say she wants to create a 'strong new partnership' with the European Union. A fresh fall in the pound is being predicted by some as faith in the UK's ability to prosper as effectively outside the EU is waning.

The Times is reporting that Theresa May will say "We need to get on and make Brexit happen. We need to put an end to the division and the language associated with it- leaver and remainer and all the accompanying insults and unite to make a success of Brexit and build a truly global Britain".

For many people in the Republic of Ireland it is the density of the border between North and South that is causing consternation. Not only for the implications of travel, but for what a hard border would represent.

And so in keeping with borders we have a direct route all the way to...

One man to rule them all, one man to find them, one man to bring them all and in the darkness bind them, enter President Trump. 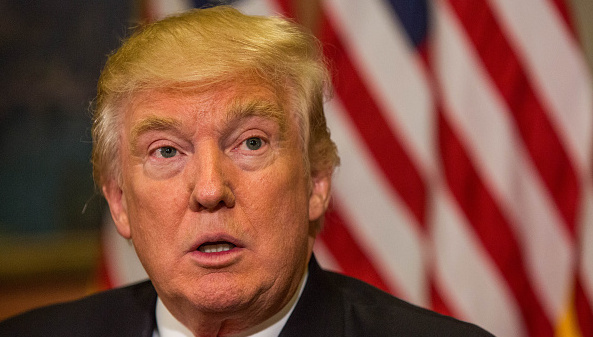 After a long winter of diversionary tweets and freshly minted scandals Donald Trump will be sworn into office. His inauguration, though lacking in celebrity endorsement will undoubtedly be a high/low point of the week for political prophets.

The implications of his presidency may seem immediate as his domination of the media continues. It is his policies however that may run the longest mile.

To have someone in power who doesn't support clean energy, doesn't seem to believe in climate change, has appointed a vaccination skeptic as head of a study into the effectiveness of vaccinations...

House of Rugby Ireland · Quinn Roux on finding a home in Ireland and Mike McCarthy brings the absolute HEAT!
popular
Holly Willoughby criticises influencer for travelling to Dubai during pandemic
Here are the best movies on TV tonight
QUIZ: Can you name all of these countries just from one of their cities?
New Zealand set to close its borders for the entirety of 2021
Lidl to open six new stores and create 1,200 jobs in Ireland over the next year
Leo Varadkar says if Ireland introduced mandatory hotel quarantine, it would have to do so for a year
Vials of Covid vaccine in Louth and Meath area dumped as they weren't stored properly
You may also like
6 days ago
Donald Trump hints at potential second term as he officially leaves White House
1 week ago
Joe Exotic has limo waiting as he expects presidential pardon from Donald Trump
1 week ago
Macaulay Culkin calls for Donald Trump cameo to be removed from Home Alone 2
1 week ago
Donald Trump becomes first US President to be impeached twice
2 weeks ago
US government website says Trump's presidency ends this evening
2 weeks ago
Nancy Pelosi says House will proceed with impeaching Donald Trump
Next Page