Grainne Griffin, Ailbhe Smyth and Orla O’Connor have been recognised for their successful campaign to repeal the Eighth Amendment in Ireland.

The founders and directors of the Together For Yes campaign feature on TIME Magazine's list of top 100 most influential people of 2019, as their work led to the introduction of safe and legal abortion services in Ireland. 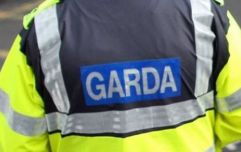 END_OF_DOCUMENT_TOKEN_TO_BE_REPLACED

On TIME.com, Irish actress Ruth Negga wrote a tribute to the women, explaining why they deserve to be on the list.

She wrote: "It was breathtaking to witness the determination, intelligence and sheer hard work of its leaders Grainne Griffin, Ailbhe Smyth and Orla O’Connor, who mobilized people of all different backgrounds in the lead-up to the vote. They put the experiences of women and the needs of their country first.

"Their incredible tenacity and integrity and courageousness will be an inspiration for generations to come."

Other notable names on the list include Michelle Obama, The Rock, Sandra Oh and Nancy Pelosi.

You can see a full list of the 100 people here.

popular
Bus Éireann’s service from Dublin to London will restart this week
Gardaí unveil new Armed Support Unit vehicles to replace older models
Amazon Prime Video has just added 51 big movies to its library
The most inexplicable prequel of all time has just arrived
Gardaí are going global with new roles created in UAE and Bangkok
The full list of cancelled flights in and out of Dublin Airport on Monday (so far)
Netflix has just added 33 very big movies to its library
You may also like
3 years ago
The Eighth Amendment has officially been removed from the Irish constitution
4 years ago
Generation 8th: Two exceptional Irish grandparents reveal why they're voting Yes this Friday
4 years ago
WATCH: 'The Tear in Ireland's Eye' offers a moment of calm ahead of Friday's referendum
4 years ago
No campaigner Cora Sherlock pulls out of tonight's Prime Time referendum debate
4 years ago
Generation 8th: Pat and Mary Lyons' daughter went to Liverpool for an abortion - this is their story
4 years ago
Generation 8th: "The most difficult part was leaving the hospital that day"
Next Page