Woods had to be removed from the vehicle by firefighters after the incident.

Tiger Woods is “awake and responsive” following surgery for multiple fractures of his right leg after a car accident in Los Angeles.

A statement from Woods' official Twitter account on Wednesday morning gave an update on the golfer's condition following the accident on Tuesday. 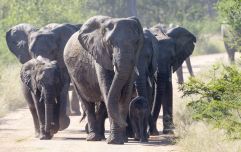 Suspected poacher trampled to death by elephants in South Africa

END_OF_DOCUMENT_TOKEN_TO_BE_REPLACED

Tiger Woods sustained serious leg injuries on Tuesday after the luxury S.U.V. he was driving struck the median of a road in Los Angeles County, crossed over into the opposite lane of traffic and rolled over several times before coming to a stop in a grassy area several hundred feet from where he had been driving, the authorities said.

Woods was removed from the crash by firefighters, and the vehicle suffered severe damage.

Woods was transported to the nearby Harbor-UCLA medical center by ambulance and underwent surgery for “multiple leg injuries” after the incident early on Tuesday.

"We thank everyone for the overwhelming support and messages during this tough time," the statement read.

"As previously communicated Tiger was involved in a single-car accident early this morning in California. He has undergone a long surgical procedure on his lower right leg and ankle after being brought to the hospital.

"He is currently awake, responsive, and recovering in his hospital room."

In a news conference following the incident, Sheriff Alex Villanueva of the Los Angeles County Sheriff’s Department said it was not immediately clear what caused the collision as no other vehicles were struck and there were no skid marks at the scene. 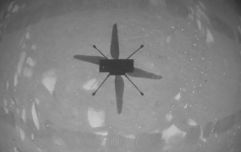 END_OF_DOCUMENT_TOKEN_TO_BE_REPLACED

"Comminuted open fractures affecting the upper and lower of the tibia and fibula bones were stabilised by inserting a rod into the tibia. Additional injuries to the bones of the foot and ankle were stabilised with a combination of screws and pins.

"Trauma to the muscle and soft tissue of the leg required surgical release of the covering of the muscles to relieve pressure due to swelling."

popular
These are the 27 new Marvel movies and shows coming in 2021 and beyond
QUIZ: Can you score top marks in this random European trivia quiz?
The hardest Line Of Duty quiz you'll ever take
Morrissey calls The Simpsons "racist" after showing him with his "belly hanging out"
Everything you need to know about the Indian variant of Covid-19: How the vaccine will affect it and its presence in Ireland
Man arrested after threatening pedestrian with a hammer and robbing their dog
The 50 most iconic songs of all time* have been revealed
You may also like
1 day ago
Downton Abbey 2 confirmed to hit cinemas this Christmas
1 day ago
Two killed after Tesla car crashes with no one in driver's seat
1 day ago
Ireland to receive 1 million extra Pfizer-BioNTech vaccine doses in 2021
4 days ago
Aldi to trial loose pasta and rice to reduce plastic waste in the UK
4 days ago
What is DogeCoin and why are so many people suddenly talking about it?
4 days ago
Everything we know so far about vaccine passports: What are they and will you need one?
Next Page