"He was a wonderful fella. So kind and caring."

The family of an Irish man shot dead in Canada have said they are "devastated" at his loss.

Tyler McLean, 25, from Newry had lived in Toronto for a number of years and worked as a club promoter.

END_OF_DOCUMENT_TOKEN_TO_BE_REPLACED

He and a friend, 26-year-old Amir Jamal, were shot in the carpark of Rebel nightclub in the city on 1 October.

The pair had been at a leaving party for Tyler, who was due to return home to County Down the next day to start work at his father's new technology company.

The friends reportedly got into an altercation with two men in the carpark, who then went to a car and returned with handguns, shooting Tyler and Amir.

Two men were later arrested and charged with second-degree murder. 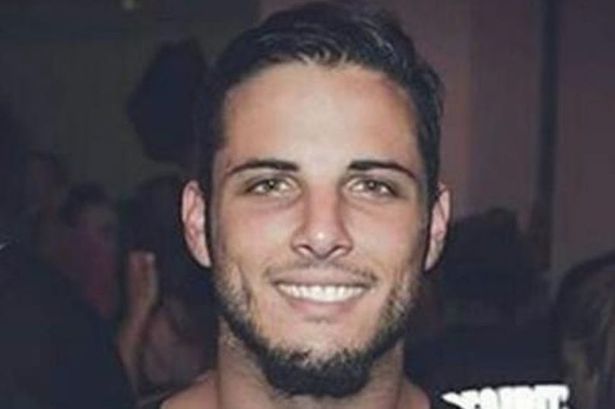 "We are devastated," Tyler's father Hugh told The Irish News.

"He was a wonderful fella. So kind and caring."

Man charged in relation to fatal assault in Dublin on Sunday

END_OF_DOCUMENT_TOKEN_TO_BE_REPLACED

He and Tyler's step-mother Mairead, as well as Tyler's 14-year-old twin brothers and his 16-year-old sister travelled from Newry to Toronto for his memorial service earlier this week.

Mr McLean said his son had been "excited" about his new role in the family business.

"He was going to be the vice president of sales in the US and Canada. He was a great son and a great brother. We are shocked and just distraught. We thought Toronto was a safe city."

Advertisement
popular
Micheál Martin defends accidentally calling Leo Varadkar "Taoiseach" multiple times
John McAfee’s Instagram deleted after cryptic 'Q' post following his death
NPHET warns extra three weeks before reopening could make "substantial difference"
REVEALED: The top 10 staycation experiences in Ireland
A BBC documentary on the Peru Two is coming next month
210 cases of the Delta variant confirmed in Ireland as HSE chief warns the figure will "go up"
Aldi launches new garden collection including massive waterpark, slides and 14ft pools
You may also like
3 days ago
Man in his 60s killed following assault at home
5 days ago
"You don't have to man up... be vulnerable." Keith Walsh on the need to change attitudes to men's mental health
6 days ago
Appeal made for witnesses after cyclist hit by car in Dublin
6 days ago
Pornhub sued by dozens of women over alleged image based and child sexual abuse
1 week ago
Family of Garda Colm Horkan say "life will never be the same" one year after tragic death
1 week ago
Two teenagers die in separate incidents in Dublin and Waterford
Next Page