The convoy is in protest of rising fuel prices in the country.

Gardaí are warning commuters in the Dublin area to plan accordingly due to a planned truck protest in the capital happening on Wednesday (24 November).

A group called Irish Truckers & Haulage Association Against Fuel Prices have organised a convoy to travel to Kildare Street, with meeting places at several filling stations around the country. 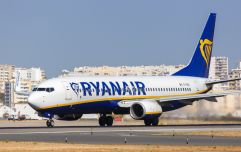 END_OF_DOCUMENT_TOKEN_TO_BE_REPLACED

The group is expected to arrive at Leinster House between 7am and 8am.

In a post on their Facebook page, the group have requested for attendants to be peaceful and to respect emergency services present at the event.

"Hope to see you all there and remember this is a Peaceful Protest  we don't want any trouble or vigilante groups to act up. Stay at home if that's your plans please, it will get us no where only a backlash in the press as usual", they wrote.

Independent TD Richard O'Donoghue has already drawn attention to the protest by parking a lorry outside the front door of Leinster House.

"Calling everyone to help send a clear message to the Government", he wrote in a tweet on Tuesday (23 November). 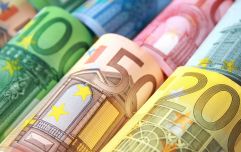 END_OF_DOCUMENT_TOKEN_TO_BE_REPLACED

The group are travelling to Leinster House in protest of a rise in fuel prices across the country.

In a statement sent to JOE, an Garda Síochána are warning commuters in the area to plan for potential delays in the morning.

"An Garda Síochána is aware of a potential protest in the Dublin Region tomorrow 24th November 2021 which may impact on early morning commuter traffic," Gardaí said.

"An Garda Síochána will have an appropriate and proportionate plan in place to monitor the protest.

"An Garda Síochána will provide update traffic information on our social media channels as and when required."

popular
Leo DiCaprio's only Oscar-winning performance is among the movies on TV tonight
Irish employment law experts warn employers must find ways for staff to take entitled leave
First photos emerge of Boris Johnson drinking at Downing Street party during lockdown
RTÉ's new show is looking for the best takeaway in all of Ireland
EXCLUSIVE: Ewan McGregor and Hayden Christensen on reuniting on the set of Obi-Wan Kenobi
Ryanair steward arrested after being caught on camera drinking during flight
You may also like
12 hours ago
Two cases of new Covid variant confirmed in Ireland
13 hours ago
Man in his 50s dies following fatal assault in Kerry
1 day ago
Two men arrested during attempted burglary in Dublin
1 day ago
Met Éireann issue warning for potato blight this week
2 days ago
Ireland set for "showers most days" next week, says Met Éireann
2 days ago
Three people injured after two-car crash in Dublin
Next Page