America the loser as Trump and Biden slug out pitiful draw

"That was the worst presidential debate I've seen in my life."

Reacting to the first of the 2020 US presidential debates, George Stephanopoulos summed it up best.

Stephanopoulos has been working in politics for four decades - trying to get Michael Dukakis elected as president in the late 1980s and successfully doing so with Bill Clinton before becoming a political commentator on ABC - and he has seen it all. He was not the only one declaring the first of the 2020 election debates as an unmitigated disaster.

END_OF_DOCUMENT_TOKEN_TO_BE_REPLACED

Over on NBC, when Chuck Todd declared the debate as "a train-wreck", he was selling it short. Howard Kurtz, of FOX, described it as a 'bar-room brawl, television shoutfest' and an 'exhausting insult derby'.

On both sides of the political spectrum, in the United States, followers of Donald Trump and Joe Biden backed their man to the hilt and decried the opponent. The tens of millions of Americans stuck in the middle must have thrown their hands in the air and cursed their luck. 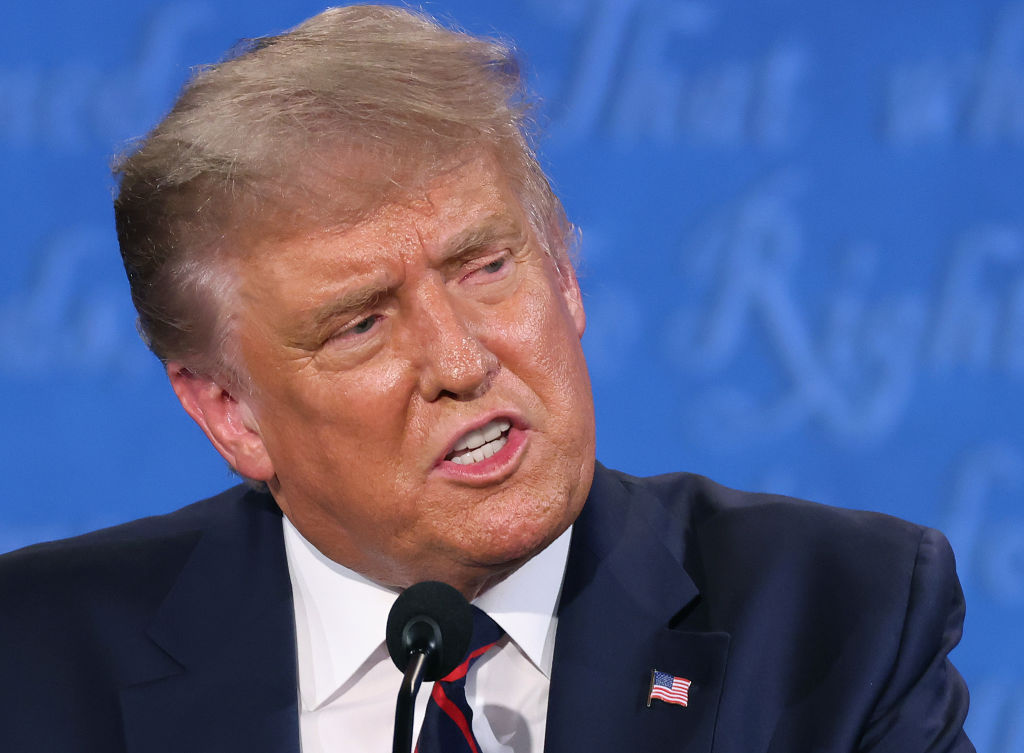 The first Trump-Biden debate got messy, early on, went quickly downhill and struggled to regain its' footing for the rest of the night. The moderator, Chris Wallace of FOX News, sounded, at several moments, as exasperated as the rest of the watching world as both election hopefuls bickered and slung nasty comments.

Back in 2016, during the second debate between then presidential nominees Donald Trump and Hilary Clinton, Clinton tried her best to avoid getting dragged into the mud. Borrowing a line from then-First Lady Michelle Obama, she said, "When they go low, we go high."

With Trump stunning Clinton to claim the presidency in November 2016, one suspects Biden and his team tried to take on the lessons of history. Trump went low, but Biden did not always rise above. Nor did he want to.

Over the course of 90 ragged, bickering minutes, Biden reeled off the following put-downs and exclamations:

END_OF_DOCUMENT_TOKEN_TO_BE_REPLACED

As a debating tactic, however, it must be noted that Trump's constant interruptions and talking over Biden did succeed in getting him rattled and drawing his focus. Many times over the 90 minutes, Biden would try to answer a question only to get de-railed by a Trump remark.

As for Donald J. Trump, he did himself no favours during the debate. Both men talked over each other [NOTE: Mute the microphones when they are not speaking during the next debate!] but Trump came across as extremely petulant and rude.

END_OF_DOCUMENT_TOKEN_TO_BE_REPLACED

Warned for the fourth time not to interrupt, Trump responded, "But he's doing it too."

It was school-yard stuff from the 74-year-old and 45th US President.

Looking back, after the stage had cleared, the spinning began and the celebratory tweets (from both sides) went out, some blows were landed but other opportunities missed.

For Trump, he got in jabs about Biden being a puppet for Nancy Pelosi and the Democratic Party, implied he would introduce 'socialist healthcare' and, astonishingly, turned defence into attack on his Covid-19 handling:

"If you were in charge there would be two million people dead. You were too late on the draw, Joe. You didn't want to ban China."

There was also another sprinkling of miracle Covid-19 vaccines being available 'very soon' while he found time to share some conspiracy theories on mail-in ballots, West Virginian post-men and Florida swamps. 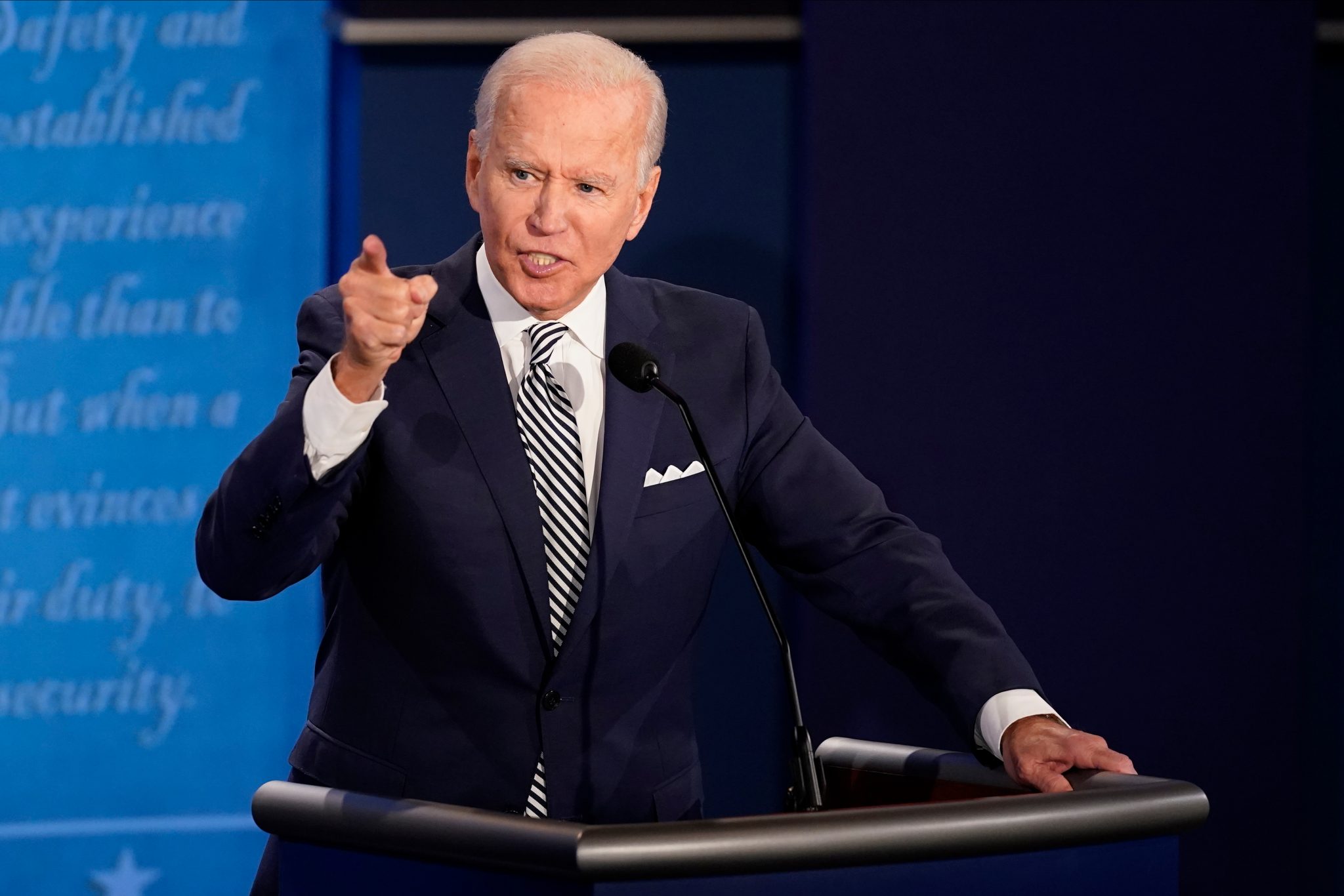 For Biden, he did well on Trump's handling of the Covid-19 pandemic and spoke clearly on racial injustice and bringing communities together, but he could have been stronger on both. Many viewers would have enjoyed his insults of the sitting president but his best line was this:

Trump was well prepared for Biden to bring up his income tax returns and recent reports that he called those Americans that were wounded or killed in wars as "suckers" and "losers". When Biden tried to tee off on both issues, Trump interjected and deflected some of the heat.

Biden's son, Beau Biden, served in the military and had tours of duty in Iraq and Afghanistan. When Biden brought his name up - his finger jabbing in Trump's direction - in connection with those reported "losers" comments, it looked as though Trump would have nowhere to go.

Instead, Trump managed to dismiss Beau Biden's service by skipping straight onto the former vice president's other son, Hunter, and attacking him for being kicked out of the military. The whole segment ended with Biden talking about how Hunter Biden had "overtaken" his past drug issues.

Biden must have felt he went from being in checkmate to seeing the entire chessboard being tossed in the air.

At the end of it all, though, both men solidified what many of their detractors claim about them. Trump had the air of a bully, who is more bluster than substance. Biden looked drained and distracted, at times, and did little to assuage doubts that, at 77, he would successfully tear into the role of president.

The spin will go on until the next debate but there were no winners on Tuesday night as two opposing ideologies punched themselves to an ugly draw.

popular
Beware of the very clever WhatsApp hack that is locking Irish users out of their accounts
Marvel's shows on Disney Plus are giving great actors the chance to give great performances
JD Sports to open warehouse in Ireland this year after Brexit-related disruptions
Motor insurance costs set to fall from June after changes to payout guidelines
QUIZ: Can you name all these European countries from a list of cities?
The 50 most iconic songs of all time* have been revealed
QUIZ: Can you score top marks in this short general knowledge quiz?
You may also like
3 weeks ago
Donald Trump is reportedly creating his own social media platform
2 months ago
New footage from Capitol Hill riots shows rioters chanting "Hang Mike Pence"
2 months ago
Donald Trump hints at potential second term as he officially leaves White House
2 months ago
Joe Exotic has limo waiting as he expects presidential pardon from Donald Trump
2 months ago
Macaulay Culkin calls for Donald Trump cameo to be removed from Home Alone 2
2 months ago
Donald Trump becomes first US President to be impeached twice
Next Page