"Unless she has more details to back that up, I can't in good countenance continue to show you this."

"Whoa, whoa, whoa. I just think we have to be very clear: she's charging the other side as welcoming fraud and illegal voting.

"Unless she has more details to back that up, I can't in good countenance continue to show you this."

Fox News cuts away from Kayleigh McEnany and the Trump campaign's press conference: "Unless she has more details to back that up, I can't in good countenance continue showing you this" pic.twitter.com/BqeXINaZwe 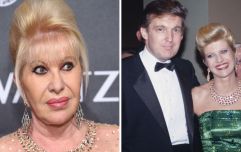 END_OF_DOCUMENT_TOKEN_TO_BE_REPLACED

McEnany started her speech by making a number of potentially libellous allegations against the Democratic Party.

She said the Democrats were the only party opposing voter ID and trying to keep observers out of the vote-counting room.

After taking the Trump campaign press conference off air, Cavuto said they would only be allowed to return once they could provide evidence to support their claims. 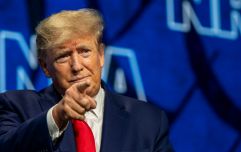 END_OF_DOCUMENT_TOKEN_TO_BE_REPLACED

Cavuto said: "But that's an explosive charge to make, that the other side is effectively rigging and cheating. If she does bring proof of that of course we'll take you back so far she has started saying, right at the outset, welcoming fraud, welcoming illegal voting."

This isn't the first time Kayleigh McEnany has landed herself - and the Trump campaign - in hot water.

She previously introduced the world to 'alternative facts' - lies passed off as truth, in other words.

Tweets she posted in 2012 were also resurfaced after they claimed Barack Obama's brother could be found in a "hut in Kenya."

How I Met Your Brother -- Never mind, forgot he's still in that hut in Kenya. #ObamaTVShows

CNN reporter Andrew Kaczynski shared a clip from a February interview McEnany conducted, in which she said: "We will not see diseases like the coronavirus come here ... Isn't that refreshing when contrasting it with the awful presidency of President Obama?"

On the same day Larry Kudlow said coronavirus was “contained” on Feb. 25th, Trump’s campaign spox made an even more bold claim.

“We will not see diseases like the coronavirus come here..and isn't it refreshing when contrasting it with the awful presidency of President Obama." pic.twitter.com/O0DDH3Rvkw

Approximately 238,000 Americans have so far lost their lives to COVID-19.

popular
Thunderstorms and heavy rain to end Ireland's current heatwave
The JOE Friday Pub Quiz: Week 307
Record for hottest August day in Ireland ever has now been broken
Anne Heche dies one week after car crash, aged 53
WATCH: Flight makes scary 'lowest ever landing' at Greek airport, narrowly avoiding plane spotters
An exciting Irish crime thriller is among the movies on TV tonight
Shooting stars set to light up Ireland's skies this weekend
You may also like
3 months ago
Elon Musk says he would reverse Donald Trump's Twitter ban
3 months ago
WATCH: Donald Trump storms out of Piers Morgan interview after branding him a fool
7 months ago
Joe Biden accuses Donald Trump of spreading "web of lies" about 2020 election
10 months ago
The US travel ban looks set to be lifted for vaccinated EU passengers
1 year ago
Donald Trump will not be allowed back on Facebook or Instagram
1 year ago
Donald Trump "100%" thinking of running for US President again in 2024
Next Page