It is the treaty that essentially ended the Cold War.

Back in 1987, U.S. President Ronald Reagan and Soviet General Secretary Mikhail Gorbachev signed the INF Treaty in the East Room at the White House.

That treaty - the Intermediate-Range Nuclear Forces (INF) Treaty - required the United States and the Soviet Union to eliminate and permanently forswear all of their nuclear and conventional ground-launched ballistic and cruise missiles with ranges of 500 to 5,500 kilometers. 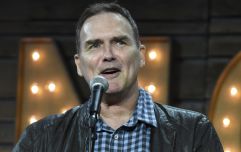 END_OF_DOCUMENT_TOKEN_TO_BE_REPLACED

It is essentially what helped end the Cold War, and as of Friday 1 February, U.S. President Donald Trump has decided to remove America from the treaty.

As per The New York Times:

"Secretary of State Mike Pompeo announced the decision on Friday as the Trump administration maintained that the Russian government has been unwilling to admit that a missile it has deployed near European borders violates the terms of the 1987 Intermediate-Range Nuclear Forces Treaty.

"Mr. Pompeo and his deputies have insisted that Moscow destroy the missile. Instead, the government of President Vladimir V. Putin of Russia counter-accused the United States of violating the treaty’s terms because of the way in which it has deployed launchers for anti-ballistic missile systems in Europe."

Pompeo told journalists at the White House, stating: "Countries must be held accountable when they break the rules. Russia has jeopardized the United States' security interests, and we can no longer be restricted by the treaty while Russia shamelessly violates it."

He continued, "There’s no mistaking that the Russians have chosen to not comply with this treaty and present the risk of continued arms growth in a way that they had committed to, back when they signed this treaty, that they would not do."

"We hope they’ll come back into compliance."

The Big Reviewski || JOE · The Big Reviewski with Ray Liotta, Goodfellas facts & Tom Hanks making us cry
popular
The JOE Friday Pub Quiz: Week 262
QUIZ: The Ultimate Movie Gangster Quiz
One of the most-anticipated movies of the last few years is finally available to watch at home this week
Tom Duffy's Circus looking to hire some clowns
A new bank holiday may be on the way as part of this year's Budget
Waterford has been crowned as the best place to live in Ireland
QUIZ: Can you name the flavour of crisps just from the packet?
You may also like
1 month ago
Terrifying video shows guest at reptile centre rescuing handler pulled in by alligator
1 month ago
18-year-old TikTok star Timbo the Redneck dies after stunt goes wrong
3 months ago
Americans offered free beer as latest incentive to get Covid-19 vaccine
7 months ago
"If invited, I will go." Micheál Martin on St. Patrick's Day trip to the White House
8 months ago
Thousands of protesters have broken into US government building Capitol Hill
11 months ago
America the loser as Trump and Biden slug out pitiful draw
Next Page