It's going to be a cold one tonight, folks.

Tuesday (5 January) is set to be the "coldest night of winter" so far, with temperatures expected to drop to -7°C.

Met Éireann has warned that the north and the west of the country will be the coldest, though all of Ireland will be feeling the chill. 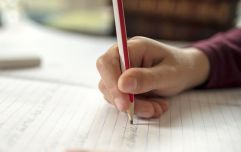 INTO calls on government to reconsider plans to partially open schools

END_OF_DOCUMENT_TOKEN_TO_BE_REPLACED

The lowest temperature of the winter until now was recorded in Roscommon on Saturday night (2 January), with temperatures falling to -5.9°C.

Lows of -2 or -3°C will be widespread tonight, while temperatures will remain below freezing all day on Wednesday in parts of the midlands and the west.

And while tonight is due to be freezing, the day time doesn't sound like it's going to be too much better.

Met Éireann said that Tuesday will be "very cold", with frost and ice persisting in some areas for much of the day.

It will be generally dry with sunny spells, however, wintry showers of rain, hail, sleet and snow will continue to affect parts of Leinster and east Munster.

AA Roadwatch has warned that there are frosty and icy conditions on Irish roads this morning, and that motorists should take care.

This comes the day after a potential Beast from the East 2.0 was predicted, with a ‘Sudden Stratospheric Warming (SSW)’ event forecast to hit Ireland in early January.

House of Rugby Ireland · Quinn Roux on finding a home in Ireland and Mike McCarthy brings the absolute HEAT!
popular
Man arrested and charged for breaching Covid regulations in Kildare
QUIZ: Name all the countries of the EU that contain 2 vowels or less
This hidden Back to the Future 'mistake' has a subtly brilliant explanation
The 50 most iconic songs of all time* have been revealed
QUIZ: Can you name all the teams in the NBA from their locations?
QUIZ: Can you name the Marvel Cinematic Universe film from just a single screen shot?
PICS: The man with the biggest penis in the world has one unbelievable problem with it
You may also like
12 hours ago
Eight more people with Covid-19 have died in Ireland, 2,121 new cases
14 hours ago
Over 400 fines issued by An Garda Síochána for non-essential travel
15 hours ago
Garda issue warning about courier payment scam
18 hours ago
Status Yellow rainfall warning issued for 11 counties
18 hours ago
Man charged over Cork robbery after being traced with 'find my phone' app
19 hours ago
Government to seek "full account" from The Coombe Hospital after 16 vaccines were given to family members of staff
Next Page