U.N. report states that humans are the cause for up to one million species currently facing extinction

"Human actions threaten more species with global extinction now than ever before."

A 1,500-page report, compiled and approved by representatives from 132 countries around the world, has concluded that close to one million species of animal and plant are facing extinction due to the expansion of the civilisation of humans.

Robert Watson, chief of the UN science panel for biodiversity, said that "We are eroding the very foundations of our economies, livelihoods, food security, health and quality of life worldwide. 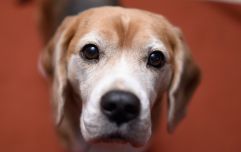 END_OF_DOCUMENT_TOKEN_TO_BE_REPLACED

The report found that the speed at which the species are dying off is up to several hundred times faster than the regular rate of extinction.

Due to the constantly rapidly increasing human population, it has resulted in farming, logging, poaching, fishing and mining altering the natural world at a rate "unprecedented in human history", while the newer threat of blobal warming has become a main influence in wildlife decline, mostly by shifting or shrinking the local climates that many species of plants and animals have evolved to survive in.

Sandra M. Díaz, a lead author of the study and an ecologist at the National University of Córdoba in Argentina, said that "It's no longer enough to focus just on environmental policy.

"We need to build biodiversity considerations into trade and infrastructure decisions, the way that health or human rights are built into every aspect of social and economic decision-making."

The report itself - which was released in Paris on Monday and will be published in full before the end of the year - concludes with a chilling coda:

"Human actions threaten more species with global extinction now than ever before, around one million species already face extinction, many within decades, unless action is taken."

popular
One of the best Irish movies ever made has just been added to Netflix
QUIZ: Can you get 20/20 in this desperately tricky capital cities quiz?
8 great new additions to Amazon Prime Video in December
What the hell is 'Stomp and Holler', and why does Spotify insist that you love it?
The Irish release date for the Harry Potter reunion special has been announced
A brilliant John Boyega performance is among the movies on TV tonight
UPDATE: Three people have died and several others have been injured in Waterford crash
You may also like
2 weeks ago
QUIZ: Do you know the collective name for these groups of animals?
2 months ago
Liveline listeners shocked as woman tells of youths harming dog in Dublin
3 months ago
Terrifying video shows guest at reptile centre rescuing handler pulled in by alligator
6 months ago
President Higgins welcomes two ponies to live at Áras an Uachtaráin
6 months ago
Dogs can detect Covid in under a second
6 months ago
Cat jumps from fifth-floor of burning building in Chicago and runs away unharmed
Next Page