The "consent app" in question has been widely criticised.

UCD Students' Union have condemned a message distributed in an email from a student seeking help developing a phone app aimed at combatting women “retracting” consent after sex.

The proposed app would apparently allow two people to "electronically sign/verify [a] pre-made contract before engaging in sex", according to the email sent to a number of computer science students.

END_OF_DOCUMENT_TOKEN_TO_BE_REPLACED

It received widespread criticism online, largely due to the fact that once consent is permitted in the proposed app, there was no clear explanation issued as to what would happen if someone was to change their mind after the "contract had been signed".

Barry Murphy, the UCD Students' Union President, has condemned the content of the message sent to students, saying: "This is each person’s right. Consent is something which must be maintained throughout the experience and each person can stop at any point."

You can read Murphy's statement in full below:

"UCDSU was appalled at the content of the message sent to our students. Even more worrying is the idea behind the app. 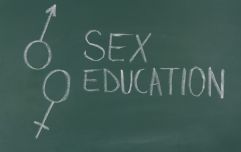 END_OF_DOCUMENT_TOKEN_TO_BE_REPLACED

"We understand that the message of consent can be a difficult one to grasp, which is why we provide education campaigns as well as lobby the government for better consent education from a young age.

"This app will not solve any consent related issues. Consent goes a lot further than the click of a button, or two clicks, or three. It is about having conversations with people we have sexual experiences with, it’s about mutual respect and understanding that everyone's boundaries are different and that feelings can change from moment to moment.

"If you focus on a victim/perpetrator dialogue, as this app appears to, you are not advocating for consent. Never mind that a person could be coerced into agreeing to consent via an app, you are also misinforming the ‘perpetrator’ and telling them that once they have a click they have consent - which is not true. You will, in fact, create more perpetrators and worse still, they won’t understand why they have done something wrong.

"To put this into an example; sexual acts vary, you may consent to having sex and once it begins the person could do a wide range of unwanted sex acts and claim it is OK because you consented to having sex at the beginning. It is also not possible in an app to retract consent. 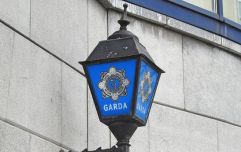 END_OF_DOCUMENT_TOKEN_TO_BE_REPLACED

"This is each person’s right. Consent is something which must be maintained throughout the experience and each person can stop at any point.

"Consent is quite simple and quite difficult all at once. It needs to be part of our early building blocks when we are developing as children. We need to learn early on about how to interact with one another better. Through our families, in our homes, with our friends, in our schools and in all aspects of community involvement.

"A consent app will not solve this issue and I have no doubt it will do nothing but further the issue. I implore those involved in creating the app to find another avenue to promote the message of consent."

popular
Varadkar: "There are two things we have to do... one is to bring wages up"
Galway named one of the top 10 best European cities to raise a family
BBC trainee accidentally posts message mocking Man United live on TV
Irish employment law experts warn employers must find ways for staff to take entitled leave
Bruce Springsteen announces two nights in RDS in 2023
Second doctor accused of sexually assaulting patients at hospital in Kildare
World's fastest passenger jet to take to the skies in 2025
You may also like
2 weeks ago
Gogglebox sparks Ofcom complaints over X-rated scene between woman and a duck
6 months ago
Eternals will feature the Marvel Cinematic Universe's first sex scene
7 months ago
People born in April are officially the sexiest, study finds
7 months ago
'My mother and I share my husband – it brings us closer together' says viral TikToker
2 years ago
Miley Cyrus, Curtis Pritchard, and the continuing battle with biphobia
2 years ago
People who use emojis on dating apps get more dates and have more sex
Next Page