A step in the right direction.

Pet shops in England will be banned from selling puppies and kittens from now on under new plans by the Government.

'Lucy's Law' will see a ban on licensed sellers who deal with cats and dogs that are younger than eight weeks old. The law will come into place from 1 October. 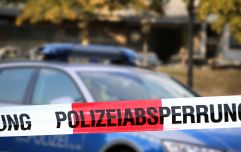 END_OF_DOCUMENT_TOKEN_TO_BE_REPLACED

The proposals, which have gone out to consultation, will mean that those who wish to buy or adopt a pet that's less than six months old will now have to go to the breeder or a rescue centre.

The move aims to reduce health problems which arise when pets are kept in poor conditions.

The ban is named after a rescue Cavalier King Charles Spaniel, named Lucy, whose life was cruelly spent in puppy farms.

Lucy was rescued back in 2013 at five years old from a Welsh puppy farm. She had a series of health problems from "years of neglect" including epilepsy and a curved spine which was caused by the fact that she was kept in a cramped cage.

According to Lucy's owner, when the dog was adopted, she had "bald patches of fur and discoloured leg's and feet from the urine and faeces."

END_OF_DOCUMENT_TOKEN_TO_BE_REPLACED

She also "smelt like burning flesh" from the ammonia that was burning to her skin.

A petition supporting Lucy's Law was signed by nearly 150,000 people and it was also debated in Parliament earlier this year.

Speaking in support of a change, Environment Secretary Michael Gove told Sky News: "People who have a complete disregard for pet welfare will no longer be able to profit from this miserable trade.

"What we want to do is to try to make sure that anyone who has a pet will know that that puppy has been brought up in the right circumstances."

"That means we are seeking to outlaw third-party sales and say that you can only buy a puppy from a legitimate breeder, someone that you can visit, that you can see that puppy alongside their mum so that you know that animal has been brought up in a caring environment," he concluded.

popular
One of the best Irish movies ever made has just been added to Netflix
QUIZ: Can you get 20/20 in this desperately tricky capital cities quiz?
8 great new additions to Amazon Prime Video in December
What the hell is 'Stomp and Holler', and why does Spotify insist that you love it?
A brilliant John Boyega performance is among the movies on TV tonight
UPDATE: Three people have died and several others have been injured in Waterford crash
"Far too early" to conclude Omicron variant is milder than Delta, says CMO
You may also like
4 days ago
Musical theatre legend Stephen Sondheim dies aged 91
5 days ago
Man dies in Antrim after car hit by falling tree during Storm Arwen
5 days ago
Gardaí investigating man's homophobic rant and alleged attack at Dublin cafe
6 days ago
Gardaí to set up checkpoints to detect motorists driving under the influence over Christmas
1 week ago
PSNI appealing for information following "sectarian hate crime" in Belfast
1 week ago
Body of man found in unexplained circumstances in Dublin
Next Page