The public is being invited to make submissions and observations.

The UK has informed the Irish government of its plans to construct the Wylfa Newydd Nuclear Power Plant in Anglesey, North Wales.

International law states that countries are obliged to engage other nearby countries in "transboundary public consultation in respect of projects likely to have significant effects on the environment of neighbouring states," and the Wylfa Newydd plant will be less than 100 miles from the Irish coast. 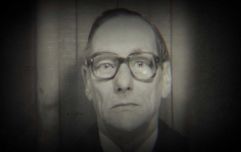 END_OF_DOCUMENT_TOKEN_TO_BE_REPLACED

In a statement published today by the Department of Housing, the Irish public was welcomed to make submissions with regards to the plans.

"Each planning authority in Ireland has recently received information in the form of a letter of notification dated 6 July 2018 from the United Kingdom’s Planning Inspectorate (PINS) to the Department of Housing, Planning and Local Government (DHPLG) relating to an application for development consent (planning application) for the proposed Wylfa Newydd Nuclear Power Plant, which is to be constructed in north Wales," the statement said.

The deadline for the receipt of written submissions or observations by the planning authority under this transboundary consultation process is by the close of business on Friday 25 January 2019 at the latest. Further details about the submissions process can be found here.

The development is reminiscent of the UK's Sellafield nuclear facility in the mid-2000s, which drew wide-scale complaints from the Irish public over fears of meltdown and contamination.

popular
The JOE Friday Pub Quiz: Week 314
Johnny Depp/Amber Heard trial movie unveils first trailer and it's not good
Jeffrey Dahmer’s dad thinks he knows what’s to blame for son becoming a serial killer
“Megaproject” MetroLink takes next step towards construction
Disney+ has just added 9 huge movies to its library
QUIZ: Can you name all the EU countries containing the letter "i"?
Community movie finally confirmed – though some major cast members are missing
You may also like
4 months ago
The JOE Friday Pub Quiz: Week 295
3 years ago
Former Wales and Lions wing Gareth Thomas reveals he has HIV
3 years ago
WATCH: Virgin Media One's promo for Ireland v Wales features Trump, Brexit, and Mike Tyson
3 years ago
The Football Spin featuring Martin O’Neill finding positives as Ireland bounce back with another defeat to Wales
4 years ago
The exasperated reaction to Ireland's humbling defeat to Wales
4 years ago
QUIZ: Can you remember the starting 11 from the last time we played Wales?
Next Page