UKIP has been widely ridiculed on social media after circulating a pamphlet containing a number of typos, including the incorrect spelling of 'Britain'.

The leaflet was distributed around Peterborough following local MP Fiona Onasanya being imprisoned for contempt of court, with UKIP vowing to take her seat in the event of a by-election. 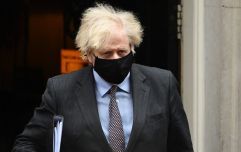 This is Boris Johnson's roadmap out of lockdown for the UK, in full

END_OF_DOCUMENT_TOKEN_TO_BE_REPLACED

However, the promotional material that they circulated contained a number of spelling mistakes. For example, the heading of the pamphlet reads: "Peterborough: Shaping Britians’ future."

Councillor John Whitby added: "We've been let down! As you may be aware our MP has recently been convicted of a serious criminal offence, but has now appealed against it."

1. Can't spell Britain.
2. Misplaced apostrophe.
3. UKIP have no MPs.
4. Could have done with with a comma in that opening sentence.
5. Is among the first to complain that somebody is unable to use the English language. pic.twitter.com/grNnT3NYcF

The leaflet was spotted by users on social media. Addressing the numerous issues with the material, one user wrote: 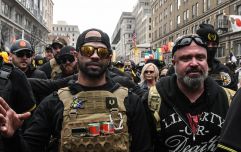 Proud Boys leader has past of working undercover for law enforcement

END_OF_DOCUMENT_TOKEN_TO_BE_REPLACED

"4. Could have done with a comma in that opening sentence.

"5. Is among the first to complain that somebody is unable to use the English language."

Speaking to the Peterborough Telegraph, Whitby apologised for the circulation of the leaflet.

He said: "I typed it incorrectly and it’s an embarrassment that it happened. A few of us misproofread [sic] it and missed two letters and a comma. “It’s important to get right, but it’s an honest mistake. I’ll hold my hands up."

popular
QUIZ: Can you identify these world cities on a map?
TOWIE star Mark Wright is officially the worst player on FIFA 21
Dublin beauty salon owner arrested after reopening for second consecutive day
Galway Lotto players urged to check their tickets for unclaimed December prize
The full list of all the new shows and movies coming to Netflix in March
10 years on, the ultimate example of Great Trailer Terrible Movie has yet to be topped
Government looks set to abandon €9 substantial meal rule this year
You may also like
1 week ago
QUIZ: We name the head of government, you name the country
1 month ago
Make your own Bernie Sanders meme in any location with this website
1 month ago
People think The Simpsons predicted Kamala Harris becoming VP
1 month ago
Joe Exotic has limo waiting as he expects presidential pardon from Donald Trump
1 month ago
Joe Biden inauguration rehearsal paused as Capitol building goes into lockdown
1 month ago
Josepha Madigan apologises for "insensitive" comment about "normal children"
Next Page