Untreated sewage being pumped into water at 44 locations across Ireland

Nearly one-third of Ireland's largest towns and cities have failed to comply with standards set to prevent pollution and protect public health, according to a new report.

50 of the country's 185 largest populated areas failed to meet the standards, with the sewage from the equivalent of 120,000 people entering the environment untreated each day.

44 areas across Ireland have that untreated sewage entering the water, with nearly half of these accounted for by County Cork and County Donegal alone. 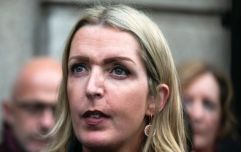 END_OF_DOCUMENT_TOKEN_TO_BE_REPLACED

Additionally, in the new report released by the Environmental Protection Agency this week, there are four areas where waste water has contributed to the poor quality bathing water, including the beaches at Merrion Strand and Loughshinny Beach.

Gerard O’Leary, the Director of the EPA’s Office of Environmental Enforcement, had this to say about the report:

"Wastewater from over half our population failed to meet environmental standards.  For many years Ireland failed to address the deficiencies in wastewater treatment.  Substantial and sustained investment is now required to protect our valuable waterways and protect public health."

Darragh Page, the Programme Manager of the EPA’s Office of Environmental Enforcement, said:

"Ireland’s environment is at risk because waste water is not treated to the necessary standards, even though the final deadline to meet these standards was 2005.  New or upgraded treatment systems are required in some areas.  In other areas, there is already sufficient treatment capacity in place, but the management of the treatment systems needs to improve."

The full report can be read here.

The Big Reviewski || JOE · The Big Reviewski with Y: The Last Man, that Malignant ending & a secret streaming service
popular
The 50 most iconic songs of all time* have been revealed
Ranking the 10 most passive-aggressive ways to end a text conversation
PICS: The man with the biggest penis in the world has one unbelievable problem with it
"One person's rent is another person's income" – Varadkar rejects calls for three-year rent freeze
You could be shopping in an Aldi store with no checkouts in Ireland in the near future
People think they've figured out the ranking of the viewers on your Instagram Stories
Almost 25 years on, one of the stars of Face/Off tells a personal Nic Cage story
You may also like
3 weeks ago
New Zealand reports its first death linked to Pfizer vaccine
4 weeks ago
Tony Holohan urges unvaccinated people to avoid All-Ireland football final and other large events
4 weeks ago
New Zealand extends Covid-19 lockdown amid rising cases
1 month ago
Nearly 90% of adults in Ireland have now received at least one Covid-19 vaccine dose
1 month ago
Irish radio presenter reveals 10-year struggle before doctors finally discovered the source of her extreme pain
1 month ago
Over 30,000 people availed of the walk-in vaccine centres over the weekend
Next Page