Sicily, Greece, Turkey, and Algeria are all engulfed in flames.

The southwest Italian city of Syracuse saw enormously high temperatures on Wednesday (11 August), with the temperature reaching a reported 48.8C (119.8F) during the day.

Flames stretched across the hills near Geraci Siculo in Sicily, as authorities continue to battles fires on the Italian island.

The wildfires have caused Sicily's government to declare a state of emergency. https://t.co/A8NYu6umTP pic.twitter.com/Pvh8yA4gJu 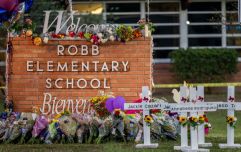 END_OF_DOCUMENT_TOKEN_TO_BE_REPLACED

The soaring temperatures in Sicily are part of a larger disturbing picture and a heat crisis sweeping much of Europe.

Wildfires in Greece, Algeria, and Turkey have meant countless people have been evacuated from their homes. Firefighters from the UK have been sent to Greece to help battle the blaze, Sky News reports.

But why is this happening? 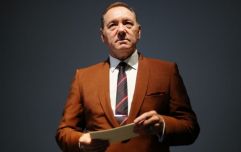 END_OF_DOCUMENT_TOKEN_TO_BE_REPLACED

Rising temperatures do point to one obvious subject, climate change. Only this week, a United Nations report warned that major climate change was "inevitable and irreversible", labelling the current situation as a "code red for humanity".

In the case of Sicily and southern Europe, however, it is believed that heatwaves driven by hot air from North Africa have spread across large parts of the Mediterranean in the last few days. 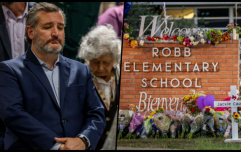 END_OF_DOCUMENT_TOKEN_TO_BE_REPLACED

WMO's Randy Cerveny said that the temperature claims from Sicily are "suspicious" and that the WMO are "not going to make any immediate determination".

"It doesn't sound terribly plausible," he added. "But we're not going to dismiss it."

More than 3,000 firefighting operations have been conducted across Sicily and Calabria in recent days, which includes seven planes flying overhead with to combat the flames from the sky.

Here we go again, another volcanic eruption courtesy of Etna at 5:45am🌋 #etna #Sicily pic.twitter.com/FWhTlZRNoQ

"We are devastated by the fires and our ecosystem - one of the richest and most precious in Europe - is at risk.

"We are in full emergency," he said.