More than 39,000 pounds of cocaine and 933 pounds of marijuana were seized in 14 separate interventions.

The US Coast Guard offloaded $569 million worth of cocaine and marijuana in San Diego on Thursday, the result of 14 separate suspected drug smuggling interventions in international waters between May and July.

The crew of the Coast Guard Cutter Munro offloaded more than 39,000 pounds of cocaine and 933 pounds of marijuana, worth a combined estimated $569 million (approximately €505.4 million), seized during 14 vessel interdictions and disruptions off the coasts of Mexico, Central and South America by three Coast Guard cutters. 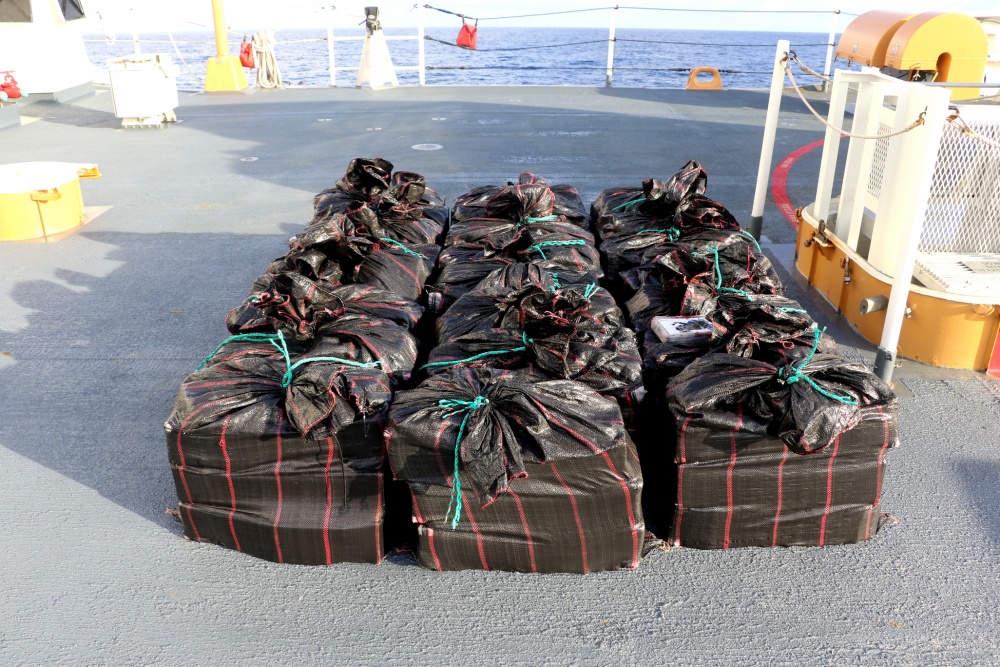 END_OF_DOCUMENT_TOKEN_TO_BE_REPLACED

The US Coast Guard also released footage of one of the seizures, which took place on 18 June, when crew members boarded a self-propelled semi-submersible suspected drug smuggling vessel (SPSS) carrying 16,000 pounds of cocaine.

The Big Reviewski || JOE · TBR Spotlight: Loki - Episode Three - 'Lamentis'
popular
The Ultimate Robert De Niro Quiz
Met Éireann forecasts temperatures in the mid-20s and "possibly higher" next week
Ryanair calls on Eamon Ryan to explain why he is failing to reopen Ireland for air travel
"Too early to say" if return of indoor pubs and restaurants will be delayed, says Stephen Donnelly
Minister says it's not guaranteed non-essential travel restrictions will be lifted on 19 July
Irish employers urged to introduce four-day working week for employees next year
A Murder in West Cork review: New doc series fixes one of Netflix's biggest problems
You may also like
2 days ago
The Queen appealing for volunteers to weed the garden of her Sandringham Estate
5 days ago
Pornhub sued by dozens of women over alleged image based and child sexual abuse
6 days ago
Judge in Malaysia overturns inquest verdict of misadventure in Nóra Quoirin case
1 week ago
Israel launches new airstrikes in Gaza for first time since May ceasefire
1 week ago
BBC journalist shouted at and chased by anti-lockdown protesters
1 week ago
Christian Eriksen shares first update from hospital as he undergoes tests after cardiac arrest
Next Page