US representatives issue warning to the UK over triggering Article 16

It could have significant ramifications for Northern Ireland if triggered.

Several US representatives have released a statement warning the UK government of possible fallout from triggering Article 16 of the Northern Ireland protocol.

The statement follows threats from Brexit Minister David Frost to invoke the article if they feel as though their issues have not been resolved.

END_OF_DOCUMENT_TOKEN_TO_BE_REPLACED

However, this means that goods travelling from Northern Ireland and Britain are subject to custom checks and control.

Article 16 allows either the UK or EU to pull out of the protocol if they believe there are significant problems or diversions of trade happening due to the protocol.

The triggering of the article could result in a trade war between the EU and the UK, and the possibility of a hard border between Northern Ireland and the Republic.

END_OF_DOCUMENT_TOKEN_TO_BE_REPLACED

Several US Representatives released a statement via the US government's Foreign Affairs Committee today (10 November).

“The Northern Ireland Protocol was a significant achievement during the volatile Brexit process, and its full implementation is critical for ensuring Brexit doesn’t undermine decades of progress toward peace on the island of Ireland," it said.

“The Good Friday Agreement and broader peace process took patience and time to build, with good faith contributions from the communities in Northern Ireland, the United States, the United Kingdom, Ireland, and others. However, peace can unravel quickly. 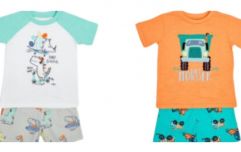 END_OF_DOCUMENT_TOKEN_TO_BE_REPLACED

Taoiseach Micheál Martin has called for "dialogue and engagement" between the UK and EU, with several other ministers such as Tánaiste Leo Varadkar and Minister for Foreign Affairs Simon Coveney also warning the UK not to trigger the article.