The WWE chairman has been hit with a series of sexual misconduct allegations.

World Wrestling Entertainment supremo Vince McMahon is finally stepping down from the company he has led as promoter since the early 1980s, or so he says.

76-year-old McMahon has been hit with a series of ongoing sexual misconduct allegations in recent weeks, initially announcing that he was voluntarily stepping down as CEO in the middle of June. 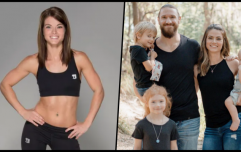 END_OF_DOCUMENT_TOKEN_TO_BE_REPLACED

However, that appeared to be a surface-level move, with McMahon continuing to produce WWE television shows and turn up as an onscreen character.

On Friday night (22 July), WWE released a statement via its corporate website announcing that McMahon has now officially retired from all of his roles with the organisation.

"As I approach 77 years old, I feel it’s time for me to retire as Chairman and CEO of WWE," McMahon began.

"Throughout the years, it’s been a privilege to help WWE bring you joy, inspire you, thrill you, surprise you, and always entertain you. I would like to thank my family for mightily contributing to our success, and I would also like to thank all of our past and present Superstars and employees for their dedication and passion for our brand. 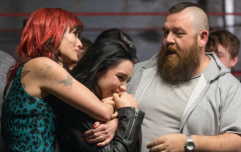 END_OF_DOCUMENT_TOKEN_TO_BE_REPLACED

"Most importantly, I would like to thank our fans for allowing us into your homes every week and being your choice of entertainment. I hold the deepest appreciation and admiration for our generations of fans all over the world who have liked, currently like, and sometimes even love our form of Sports Entertainment." 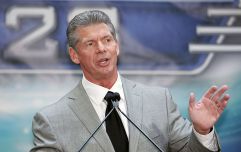 END_OF_DOCUMENT_TOKEN_TO_BE_REPLACED

If all of this seems a little strange given the severity and stark nature of the allegations against McMahon, well, that's the notoriously sleazy professional wrestling industry for you. It is also an industry built on lies, of course, given the pre-determined nature of the bouts presented to the public and the soap opera storylines that drive them.

As such, many people have taken Friday night's news with a heavy pinch of salt. One such sceptical individual is veteran reporter Dave Meltzer, who runs the weekly Wrestling Observer newsletter. On Friday, he noted:

"Those who have been around the business are sceptical this is for good, noting the proclamations in the 90s that Pat Patterson would never work in the company again.

"Vince still owns the most stock, has 80% of voting power unless there is a sale, and his daughter is listed as co-CEO. The big question regarding who is now in charge of creative has not been answered.

"There will likely be a lot of news coming over the next few days as far as creative goes, but the first hurdle is tonight's show and how SummerSlam changes."

'Tonight's show' being last night's edition of Smackdown, which, as noted, paid glowing respects to the supposedly outgoing boss.

There were also reports that Brock Lesnar walked out of the building upon learning about McMahon's retirement, though he did show up at the end of the episode as originally scheduled.

popular
Harvard study reveals how many times men should ejaculate each month to stay healthy
Parents left in shock after gorillas start mating in front of kids at zoo
Colin Farrell shouldn't win the Oscar this year
Conor Mcgregor hit by car ‘at full speed’ while cycling
Close call as Paul McCartney tries to pose on Abbey Road crossing
The JOE Friday Pub Quiz: Week 331
Netflix has just added one of the best sci-fi movies of recent years
You may also like
2 weeks ago
Vince McMahon reportedly agrees to sell WWE to Saudi PIF
5 months ago
Logan Paul pulled off a high-flying move that left fans stunned at Summerslam
9 months ago
"Stone Cold" Steve Austin wrestles for the first time in 19 years
10 months ago
QUIZ: Can you name the wrestler based off their finishing move?
10 months ago
WWE legend Scott Hall has died, aged 63
1 year ago
Dwayne 'The Rock' Johnson says gruesome injury is the reason why he doesn't have six pack abs
Next Page