The LVA and the VFI also called on the Government to allow pubs and other hospitality businesses to reopen at the same time.

Pub representatives in the Republic of Ireland have called on the Government to "immediately publish" its plan to get the hospitality sector reopened.

Their comments come after it was announced on Thursday that Northern Ireland will be allowing all hospitality to reopen for outdoor service from 30 April, while indoor service is due to resume from 24 May.

END_OF_DOCUMENT_TOKEN_TO_BE_REPLACED

The Licenced Vintners Association (LVA) and the Vintners Federation of Ireland (VFI) have since demanded clarity as to when pubs in the Republic can reopen.

VFI Chief Executive Padraig Cribben said in a statement: "Pubs in the North know they will reopen indoors on 24 May, which introduces a welcome degree of certainty and stability to the trade. That’s exactly the sort of approach we need here as publicans continue to feel abandoned by Government.

“We need Government to tell us how many people need to be vaccinated to allow hospitality reopen. We also need to understand what level of hospitalisations will Government deem safe for our members to resume trading. This will give reassurance to employees and hope to publicans."

The LVA, meanwhile, has said pubs in Ireland should be allowed to begin to reopen on 24 May with outdoor service for all venues and capacity dictated by social distancing.

It stated this should be followed by a return to indoor service for all pubs and restaurants shortly afterwards in June, to align with the reopening of hotels.

Chief Executive of the LVA Donall O’Keeffe said: “That timeframe would allow for the further rollout of the vaccine and would also ensure that NPHET’s request for social contact to remain unchanged for the next six weeks is met.

“The Government has re-confirmed that by the end of June more than 80% of the population will have received their first dose of the vaccine, so infection rates should have significantly diminished and the ‘vaccine bonus’ should allow for all indoor hospitality activity to resume." 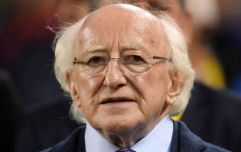 END_OF_DOCUMENT_TOKEN_TO_BE_REPLACED

Both the LVA and VFI have said that pubs and hospitality businesses should be allowed to open at the same time, to avoid the divisions seen between wet pubs and gastropubs in 2020.

On this matter, O'Keefe said: "The risk profile for dining indoors and drinking in hotels, guesthouses or B&Bs is the same as it is for other hospitality venues so these should all open together.

"We will not accept any situation which sees the Government discriminating against certain sections of hospitality over others."

Both groups also warned that any long delay between the reopening of hospitality in the North and in the Republic will lead to pubs in the border region losing customers across the border.