The Washington Post's managing editor said her tweets "displayed poor judgement that undermined the work of her colleagues."

The Washington Post has suspended a reporter who posted a series of tweets about the 2003 rape allegation against basketball Kobe Bryant after his death on Sunday.

The tweet came just hours after Bryant perished along with his daughter and seven others in a helicopter crash.

She later tweeted that she'd received “abuse and death threats” from “10,000 people, literally.” She added that “any public figure is worth remembering in their totality”.

Sonmez has since deleted her posts.

According to a report in the New York Times, the Washington Post executive editor Martin Baron e-mailed Sonmez shortly after her tweets and said: “A real lack of judgment to tweet this. Please stop. You’re hurting this institution by doing this.”

The paper has now placed her on administrative leave, prompting a condemnatory letter from employees of the paper.

"What did Sonmez do to deserve this brushback? She tweeted out a very good story from the Daily Beast," wrote the Washington Post's media critic Erik Wemple. 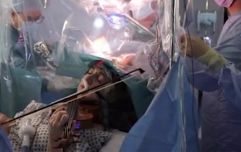 END_OF_DOCUMENT_TOKEN_TO_BE_REPLACED

The Washington Post Guild, a union that represents about 1,000 of the publication’s employees, published an open letter to Washington Post leadership asking their employer to take immediate steps to support her.

"Instead of protecting and supporting a reporter in the face of abuse, The Post placed her on administrative leave," the Washington Post Guild letter to the editors says.

"The Post’s handling of this issue shows utter disregard for best practices in supporting survivors of sexual violence — including the practices we use in our own journalism. Assault survivors inside and outside this newsroom deserve treatment that is fair and transparent; that does not blame victims or compromise the safety of survivors."

In a statement on Monday, Tracy Grant, the Washington Post's managing editor said Sonmez tweets "displayed poor judgement that undermined the work of her colleagues."

"National political reporter Felicia was placed on administrative leave while The Post reviews whether tweets about the death of Kobe Bryant violated The Post newsroom's social media policy," Grant said.

Bryant was accused of and charged with sexual assault in 2003, but the charge was dropped after the accuser refused to testify. A civil suit was later settled with the accuser.


popular
QUIZ: How many of these Derry Girls characters can you name?
Sinn Féin announce a series of public rallies to take place in five counties
Brendan Gleeson's upcoming performance as Donald Trump is 'scary' and 'too close for comfort'
How well do you remember these classic PlayStation 2 games?
QUIZ: Can you name the Sega Mega Drive game from the screenshot?
5 new Netflix additions to spend your weekend watching
The JOE Friday Pub Quiz: Week 179
You may also like
3 days ago
A breakdown of the radical new immigration points system proposed for the UK
5 days ago
World's richest man commits $10 billion to help fight climate change
5 days ago
Irish passengers are on board two ships where the coronavirus has been detected
1 week ago
R. Kelly faces new charges alleging sexual abuse against a minor
1 week ago
242 new deaths recorded on deadliest day of coronavirus outbreak
1 week ago
113 animal species require "urgent help" following Australian fires
Next Page