Sydney Rose Brianna Parkins won applause from the Rose of Tralee crowd when she told Dáithí Ó Sé that she'd love to see Ireland hold a referendum on the 8th Amendment of Bunreacht na hÉireann.

The 8th Amendment recognises the right to life of the unborn in Ireland and is currently under great scrutiny from Irish citizens as well as the UN.

Parkins' play for reproductive rights follows hot on the heels of this weekend's #twowomentravel story, in which a woman and her friend live-tweeted their experience of travelling to England to have an abortion.

Though Parkins was applauded at the venue, the response on social media was even more pronounced, drawing glowing praise from some:

The organisers are currently sending the Sydney Rose back in her time machine, to the future where she so clearly belongs. #RoseofTralee

What did the Sydney Rose say about #RepealThe8th? I need to know so I can vote for the first time in my life! #RoseOfTralee

Not everybody was enthralled with Aussie Rose, however, with some even giving her abuse:

Can we send the Sydney Rose back on the next prison ship? 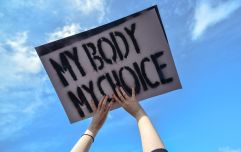 END_OF_DOCUMENT_TOKEN_TO_BE_REPLACED

RTÉ were also criticised by some for 'removing all mention' of Parkins' call for a referendum, though this is inaccurate. The moment has not been edited out of the Sydney Rose segment on RTÉ player, and happens at roughly the three minute mark.

RTÉ Entertainment did, however, delete which referred to Parkins going "off-script".

Parkins, who works as a journalist, thanked Twitter for its support at the end of the night, along with another message supporting the Repeal the 8th movement.

popular
The Toy Show DJ brothers have been offered their very first gig
Clint Eastwood's final western is among the movies on TV tonight
The JOE Friday Pub Quiz: Week 271
The 50 most iconic songs of all time* have been revealed
Ryanair's "virtue signalling" claims are indicative of Ireland's view on the Irish language
The full list of all the new shows and movies coming to Netflix in December
QUIZ: Let's get cracking with this General Knowledge Quiz
You may also like
4 years ago
Twitter reacts to Citizen's Assembly vote to change, rather than repeal, the Eighth Amendment
4 years ago
Citizen's Assembly has voted in favour of changing the Eighth Amendment
5 years ago
This couple is documenting their trip to Liverpool throughout the day
5 years ago
WATCH: Irish people explain why they marched for choice
5 years ago
WATCH: The Project Repeal video that you're about to see everywhere
5 years ago
COMMENT: The Irish government are in denial and it is hypocrisy they endorse not the rights of the unborn
Next Page