Large number of weapons and over 6,000 cigarettes seized by Gardaí

No arrests have been made.

A large number of weapons and over 6,000 illegal cigarettes have been seized following a raid carried out by Gardaí in Longford.

At approximately 3pm on Sunday (20 February), Gardaí conducted a search under warrant at a premises with the assistance of the Longford District Detective Unit, the Community Engagement Unit and the Divisional Drugs Unit.

During the course of this search, 18 large knives, 11 imitation firearms, one small hatchet, one canister of pepper spray and one baton were seized alongside a number of other items. 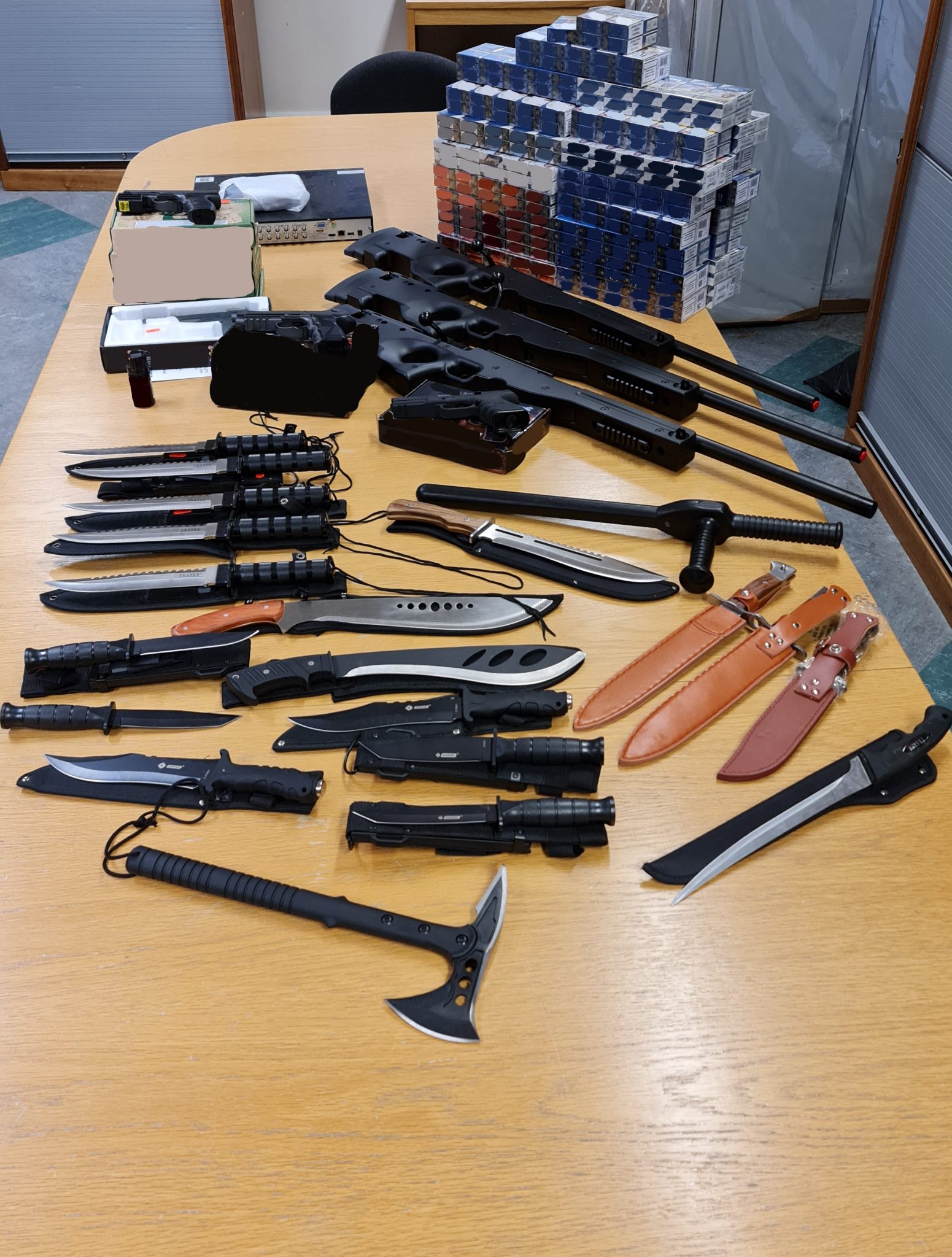 END_OF_DOCUMENT_TOKEN_TO_BE_REPLACED

In addition to the weapons, 6,300 illegal cigarettes with an estimated value of €4,275 were seized.

All of the items have been sent for analysis.

No arrests have been made in relation to the seizures.

popular
Nicola Bulley's phone found by the river 'could be a decoy', diving expert suggests
Teenager killed in shark attack after swimming with dolphins in Australia
The Last Of Us Episode Five will premiere days earlier in Ireland and UK
5 years ago, Hollywood took a massive gamble on a huge sequel... and lost big time
Shock as blues singer beats Adele, Beyonce and Taylor Swift to win Song of the Year Grammy
Amazon Prime Video has just added 21 big movies to its library
Ben Affleck's bored expression at the Grammys becomes a meme
You may also like
6 days ago
Dublin train station finally set to open after being built 14 years ago
1 week ago
Ireland seen as being among the top 10 least corrupt countries worldwide, new data shows
1 week ago
Leo Varadkar says alleged assault on migrant camp in Dublin has the 'look of' a racist attack
1 week ago
No plans to abolish homework, says Minister Foley
1 week ago
This is what the cheapest house for sale in Dublin looks like
1 week ago
NTA publish €25bn plan for new Luas lines and Metrolink in Dublin
Next Page