What have the Ivory Coast ever done to deserve this?

On one of the biggest July 12 bonfires we’ve ever seen, someone has made a small flag error.

During the July 12 celebrations in Northern Ireland, bonfires play a huge part. Sometimes these enormous tyre and pallet constructions have a few Irish flags thrown on them before being lit but one Belfast bonfire has made a slight error.

The picture, taken by Barry McColgan, shows a few tricolours but they are Orange, White and Green, not Green, White and Orange, meaning that the nation of the Ivory Coast are the ones having their flag go up in flames not Ireland. 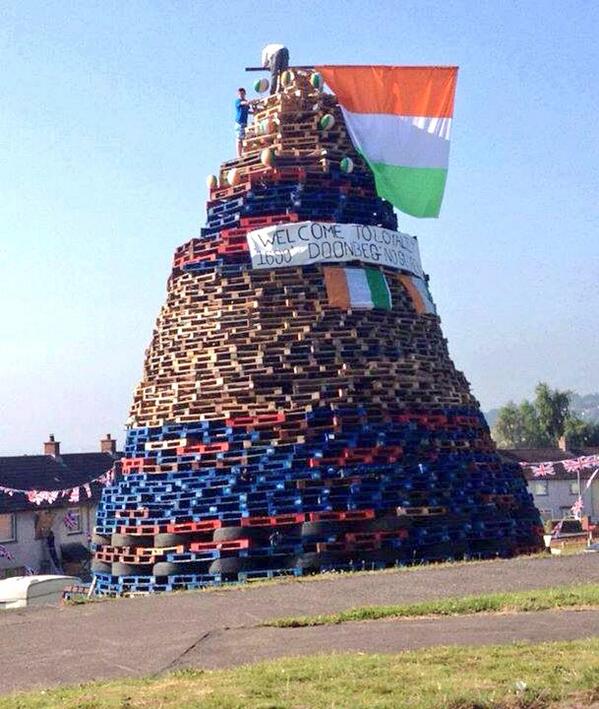 Didier Drogba will be raging...

popular
Prince George reportedly told classmate "my father will be King so you better watch out"
Budget 2023: Cigarettes going up, energy credits announced, child and social welfare increases confirmed
Two new 24-hour bus services are coming to Dublin
Jeffrey Dahmer’s dad thinks he knows what’s to blame for son becoming a serial killer
QUIZ: Test your knowledge with this Ultimate Friends Character Quiz
An underseen disaster film is among the movies on TV tonight
CONFIRMED: Renters to benefit from €500 tax credit as part of Budget 2023
You may also like
2 weeks ago
WATCH: Bridge is officially opened... before immediately collapsing once ribbon is cut
3 weeks ago
Man explains why some guys don't show their girlfriends on their Instagram story
1 month ago
The Ultimate "That Actor From That Thing" Quiz
3 months ago
The Chase star Bradley Walsh can't control his laughter after the most NSFW answer ever
3 months ago
WATCH: Lightyear star reveals who'd win in a fight between him and Thanos
3 months ago
30 years on, The Simpsons writer confesses he misunderstood iconic joke
Next Page