What Rory McIlroy, Enya, Pierce Brosnan and the richest people in Ireland are worth

A lot of familiar names in here.

"There's always money in the banana stand" was the mantra of the most successful businessmen of in history - George Bluth Sr.

There's also money in retail, food, media, industry, health, finance and technology and these Irish people are reaping the rewards.

The Sunday Independent have released their 2015 Rich List of the 300 wealthiest people in Ireland.

Here's a rundown of the top 10 and some famous faces who are also raking it in.

A former bookie who made most of his money "gambling on currency and financial derivatives from his Geneva trading centre." We must try that.

Some very shrewd investments in communications and finance companies is a key reason he built this massive fortune.

He owns Glen Dimplex which is the world's biggest manufacturer of home and industrial electrical goods.

The Irish-American who is the heir to the Campbells Soup empire. Who knew there was so much money in soup? *JOE buys ingredients for soup* 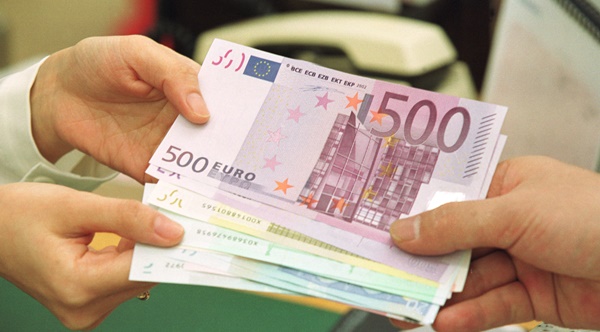 Pearse, from Dundalk, owns the fast-growing animal nutrition group Alltech. There are a few businesses under that umbrella from animal feed to Alzheimer’s research to fish farming.

The Irish-America made his fortune in the private equity game. A game we know absolutely nothing about, but we're going to Google it immediately.

You know him pretty well at this stage. He owns loads of media organisations, golf resorts and has invested wisely in Asia.

Hilary and her husband are retail loyalty. They are involved in Brown Thomas, Selfridges in London, the De Bijenkork chain in Holland, Penneys and Ogilvy in Canada. 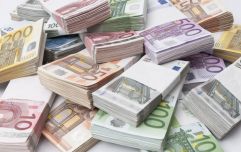 END_OF_DOCUMENT_TOKEN_TO_BE_REPLACED

Pallonji Mistry, who became an Irish citizen through marriage, has his finger in a lot of pies.

To name a few; Jaguar, Tetley Tea along with global chemical, steel, IT, real estate and construction companies.

He's over €5bn better off than this time last year so expect him to be top of the pile for some time.


popular
Two Irish citizens have tested positive for the coronavirus
Ryanair plane in Dublin disinfected after two people fall ill on flight
Met Éireann issues status yellow rainfall warning for nine counties
In Bruges director will be making his next film in Ireland and the plot sounds great
Motorist in Kildare caught driving with tax 13 years out of date
Met Éireann says to expect thunder, hail showers and potentially snow in parts today
QUIZ: How well do you know Will Smith's movie career?
You may also like
2 months ago
National Lottery apologises over missing scratch card prizes totalling €180,000
2 months ago
Two in five Irish professionals are dissatisfied with their salary
2 months ago
Over 30% of Irish adults are "struggling" or "stretched" financially
3 months ago
800 employees to get pay rise as Lidl Ireland commits to matching latest living wage
3 months ago
Revenue's online system for self-declared taxpayers to file and pay has crashed again
3 days ago
Met Éireann issues status orange wind warning for two counties as Storm Dennis arrives
Next Page