Russian state TV has claimed that World War Three has already started after the sinking of Vladimir Putin's warship, Moskva, and amid suggestions, NATO is "definitely" involved in the conflict.

The Kremlin's main propaganda mouthpiece went into overdrive after a Ukrainian missile stuck what was the flagship of Russia's Black Sea Fleet on Wednesday, 13 April.

END_OF_DOCUMENT_TOKEN_TO_BE_REPLACED

Speaking on Russian state TV, Olga Skabeyeva - known as 'the Iron Doll of Putin' for her harsh criticism of Russian critics - told viewers World Was Three is already underway.

While referring to Russia's invasion of Ukraine as the "special operation", Skabeyeva told viewers the situation had become far more dire:

"One can safely call what it has escalated into World War Three. That's absolutely for sure."

And here we have it - in a rant seemingly aimed at explaining to viewers why the "special operation in Ukraine" is taking so long, Russian state TV presenter Olga Skabeyeva says her country is fighting World War Three against Nato

END_OF_DOCUMENT_TOKEN_TO_BE_REPLACED

Skabeyeva went on to blame NATO:

"Right now, we're definitely fighting against NATO infrastructure, if not NATO itself. We need to recognise that."

A guest on the show likened the sinking of the Moskva to an attack on Russian soil. 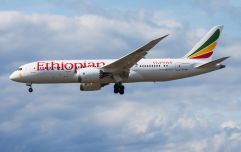 END_OF_DOCUMENT_TOKEN_TO_BE_REPLACED

He also used the word "war", banned in Russia, and had to be reminded of the government-approved terminology "special military operation", Metro reported.

The 12,490-tonne Moskva is the biggest Russian warship to be sunk in action since World War Two, the BBC noted in a report confirming the vessel's sinking.

Russia has confirmed the Moskva has sunk – after earlier claiming it was still afloat – but said it was due to "stormy seas".

While Kyiv said its missiles hit the Moskva, Moscow has not acknowledged any attack, with its defence ministry saying the vessel sank after a fire.

The blaze caused the explosion of the warship's ammunition, Russia says. It said the Moskva's entire crew was evacuated to nearby Russian vessels in the Black Sea.

On Friday, it was reported that Russia had hit back, blitzing a factory said to have made the missiles that sunk their prized warship.