Over 1,000 abuse victims are still owed €6 million from the Christian Brothers

A fund for institutional abuse survivors is facing the “catastrophic” impact of running out of money because the religious order still owes it over €6 million.

JOE can reveal that over 1,000 abuse survivors, who have already been waiting over a year for payments, can’t be paid by the fund until the Congregation of the Christian Brothers pays the €6.37 million it owes.

Caranua is a fund which covers the cost of the health, housing and educational needs of people who survived child abuse in some of Ireland’s Catholic institutions.

It was set up in 2014 to manage a fund of €110 million, and distribute it to survivors who had health, housing or educational needs. The fund was made up of money pledged by religious congregations which ran institutions where young children were physically, sexually and emotionally abused.

Caranua is due to close down this month, and stopped accepting applications last August. It told JOE that it is still processing the applications of 1,062 survivors. Caranua had expected to have all of the €110 million collected from religious congregations by the end of last year.

Minutes from Caranua's board meetings reveal that the Congregation of the Christian Brothers, which takes up eight chapters of the Ryan Report, is putting the survivors’ fund at risk of running out of money because it still hasn’t paid millions of euro which it owes.

The Christian Brothers caused controversy last year after it tried to sell playing fields which it owns at Clonkeen College in Blackrock for €18 million. It said it was using the sale to cover its debt to Caranua. The sale has still not been finalised.

If the €6.37 million isn’t paid and distributed before Caranua is due to close, the fund could be forced to remain open for longer, which would cause it to run into a deficit. Caranua already doesn’t have enough money to pay the survivors without getting the money it is owed by the Christian Brothers.

It is the Department of Education’s job to make sure that all of the religious orders have paid the money they owe to Caranua.  At a meeting last June, Caranua board members were told that Joe McHugh, the education minister, had written to the Christian Brothers to outline the “catastrophic impact” of the money owed not being paid on time.

The board heard that if Caranua is paid by the Christian Brothers, there will be enough money to pay all of the survivors who have applied for funding. 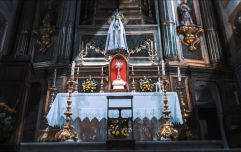 END_OF_DOCUMENT_TOKEN_TO_BE_REPLACED

“However, if the funding is delayed, this will result in an increase in operational costs, and therefore a deficit would arise. As the fund has a statutory maximum, there will be no additional funds forthcoming - therefore there can be no deficit,” the Caranua board minutes said.

The board called on the chief executive to set out the financial position of Caranua in the “strongest possible terms” ahead of a meeting with the Department of Education in June. Caranua also held an extraordinary meeting early July to discuss the issue.

A spokeswoman for Caranua told JOE that “without receipt of the outstanding contribution of €6.37 million from the congregation of the Christian Brothers, there will be insufficient funds available to meet the total value of projected funding supports for the survivors of institutional abuse with open applications.”

Caranua has been repeatedly told that the €6.37 million would be paid soon, and had been told it would have the funds before the end of May. A spokesman for the Christian Brothers this week said that the money would be paid “imminently.”

A spokesman for the Department of Education said Caranua is “responsible for all matters relating to the processing of applications and related matters. However, there are no plans to close the fund until the full amount of the voluntary cash contribution is received.”


popular
PERSONALITY TEST: What percent tosser are you?
Gardaí arrest woman (40s) in relation to the three children that were found dead in Dublin
The JOE Movie Quiz: Week 38
QUIZ: Name the missing word from these famous Dumb and Dumber quotes
Tommy Tiernan's chat with James Leonard about addiction and recovery is genuinely life-changing
Take some time to watch the music video for James Blunt's 'Monsters'
The first look at the new season of Better Call Saul edges us ever closer to the Breaking Bad era
You may also like
9 months ago
Leinster issue statement following "sectarian abuse" incident at Saturday's game
2 years ago
James Corden goes in heavy on Harvey Weinstein jokes while hosting AIDS benefit
2 years ago
Why everyone is talking about (and why you should be watching) Big Little Lies
3 years ago
VIDEO: Hozier releases incredibly powerful new music video starring Saoirse Ronan and Moe Dunford
5 years ago
Reports: Hillsborough insults added to Wikipedia from British government computers
6 years ago
Video: Japanese volleyball coach slaps player in the face 13 times in 16 seconds
Next Page