OFFICIAL: "Fair and balanced" Brexit deal has been reached

Ladies and gentlemen, we have a deal.

Despite a last-minute spanner in the works courtesy of the DUP, a "fair and balanced" Brexit withdrawal agreement appears to have been reached.

Juncker's statement opens by expressing regret that Brexit is taking place at all, noting that he is steadfast in the belief that the European Union "is best served by an orderly and amicable withdrawal of the United Kingdom from our Union.

"Our hand should always remain outstretched as the United Kingdom will remain a key partner of the European Union in the future," Juncker adds.

Pertinent details of the deal have yet to be clarified in full, but the letter confirms:

"The negotiators reached an agreement on a revised protocol on Ireland/Northern Ireland and on a revised political declaration on 17 October 2019.

"Both were endorsed by the European Commission. The Prime Minister of the United Kingdom also signalled his approval of these documents to me today."

Juncker's missive, which can be read in full below, closes with his call for a swift conclusion to proceedings. 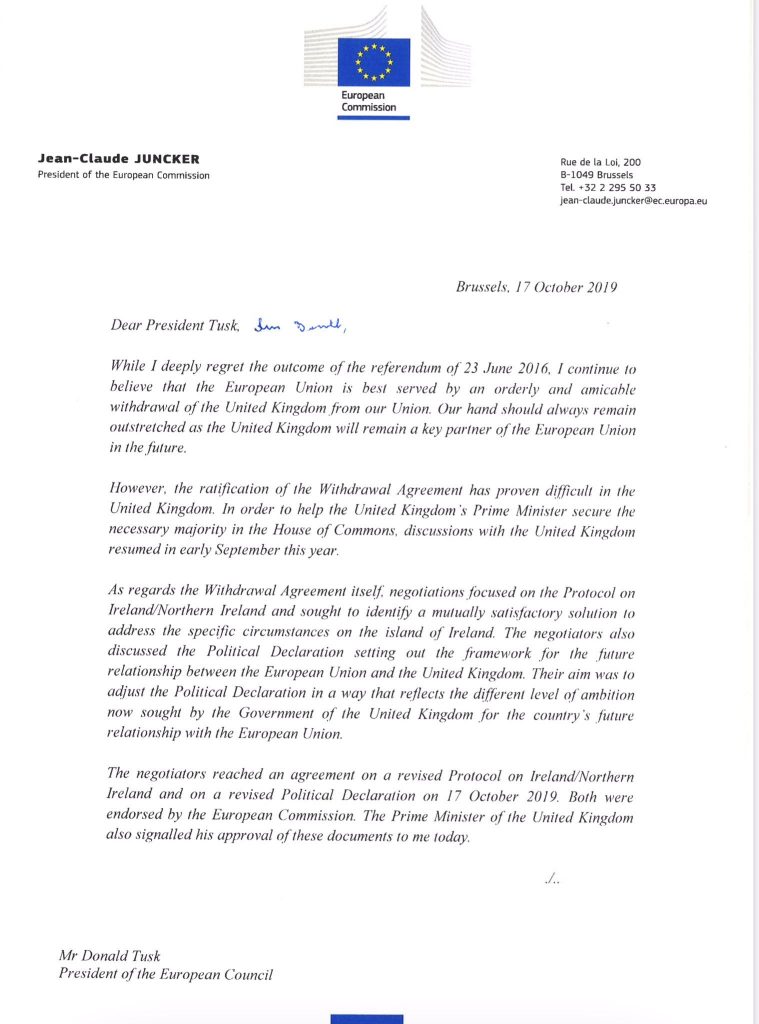 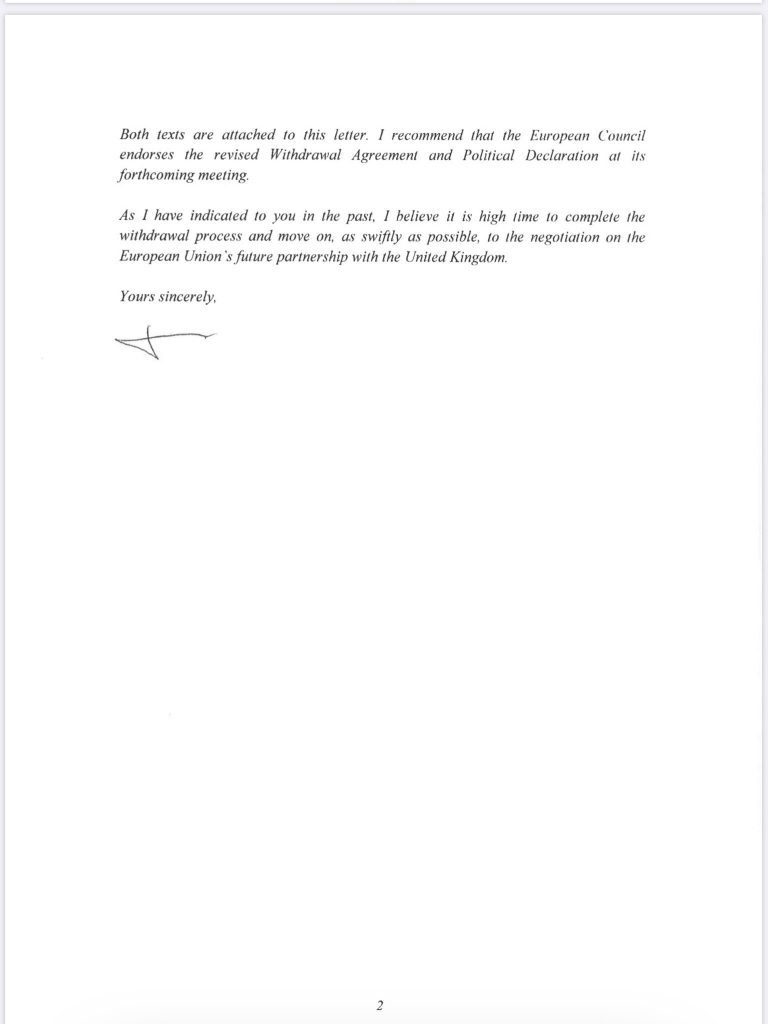 As noted, Boris Johnson has approved the move, hailing "a great new deal" on Twitter as he seeks to complete the process this weekend.

"We’ve got a great new deal that takes back control — now Parliament should get Brexit done on Saturday so we can move on to other priorities like the cost of living, the NHS, violent crime and our environment," he noted.

While Johnson and the EU finally appear to be on the same page, the deal still needs to pass through parliament. Johnson's Conservative Party no longer has a majority in parliament, which puts the ratification of the deal in doubt.

Earlier this year, the House of Commons repeatedly rejected the deal struck by Theresa May.

The DUP, meanwhile, have reportedly not agreed to the new terms.


popular
Met Éireann says there's a risk of snow for parts of Ireland this weekend
QUIZ: Can you guess the pixellated movie posters?
QUIZ: Can you name all these European countries just from their vowels?
Aldi to recruit 550 new staff and implement living wage rate for employees
Here are Ireland’s favourite takeaways, as per the National Takeaway Awards
Dublin pub to host a 'doggy date night' where you can bring your dog to dinner
Man dies after farming accident in Cork
You may also like
17 hours ago
Wuhan shuts down public transport as death toll from virus rises
19 hours ago
World Health Organisation says there's 'no doubt' e-cigarettes are harmful
2 days ago
KFC apologises for ad showing young boys staring at woman's breasts
2 days ago
Four people dead as China confirms Wuhan coronavirus can be transmitted by humans
3 days ago
Ireland now has the fifth largest number of billionaires per capita
6 days ago
Study finds that cattle can talk to each other about how they feel
Next Page