"I should have known better."

Canadian prime minister Justin Trudeau has apologised after a picture of him wearing "brownface" at a private school gala nearly two decades ago was discovered.

The photo was published by Time Magazine and it shows Trudeau, then 29, dressed up in an Aladdin costume at an Arabian Nights-themed gala at the West Point Grey Academy in Vancouver.

END_OF_DOCUMENT_TOKEN_TO_BE_REPLACED

Speaking to journalists after the article was published, Trudeau said: "I take responsibility for my decision to do that. I shouldn't have done it.

"I should have known better. It was something that I didn't think was racist at the time, but now I recognise it was something racist to do and I am deeply sorry."

"I have worked all my life to try to create opportunities for people, fight against racism and intolerance,” Trudeau told a televised news conference on his campaign aircraft. I can say I made a mistake when I was younger and I wish I hadn’t. I wish I had known better then, but I didn’t and I’m deeply sorry for it.

"Now I recognise it was something racist to do. For communities and people who live with intersectionalities and face discrimination, it is a significant thing that is very hurtful."

Here's the picture in question. 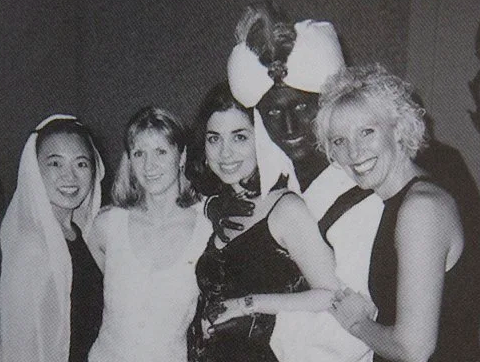 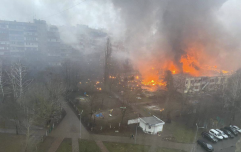 END_OF_DOCUMENT_TOKEN_TO_BE_REPLACED

When asked if there had been been other occasions of this nature, Trudeau said that he had also worn "blackface" make-up while performing Harry Belafonte's song 'Day-O (The Banana Boat Song)' at a high school talent show.

"I deeply regret that I did that,” he said about that particular decision.

An image from that incident has since been shared on Twitter.

The Canadian prime minister is seeking re-election on 21 October but his campaign has already been mired in controversy after he was accused of political meddling in a bribery case against engineering firm SNC-Lavalin.