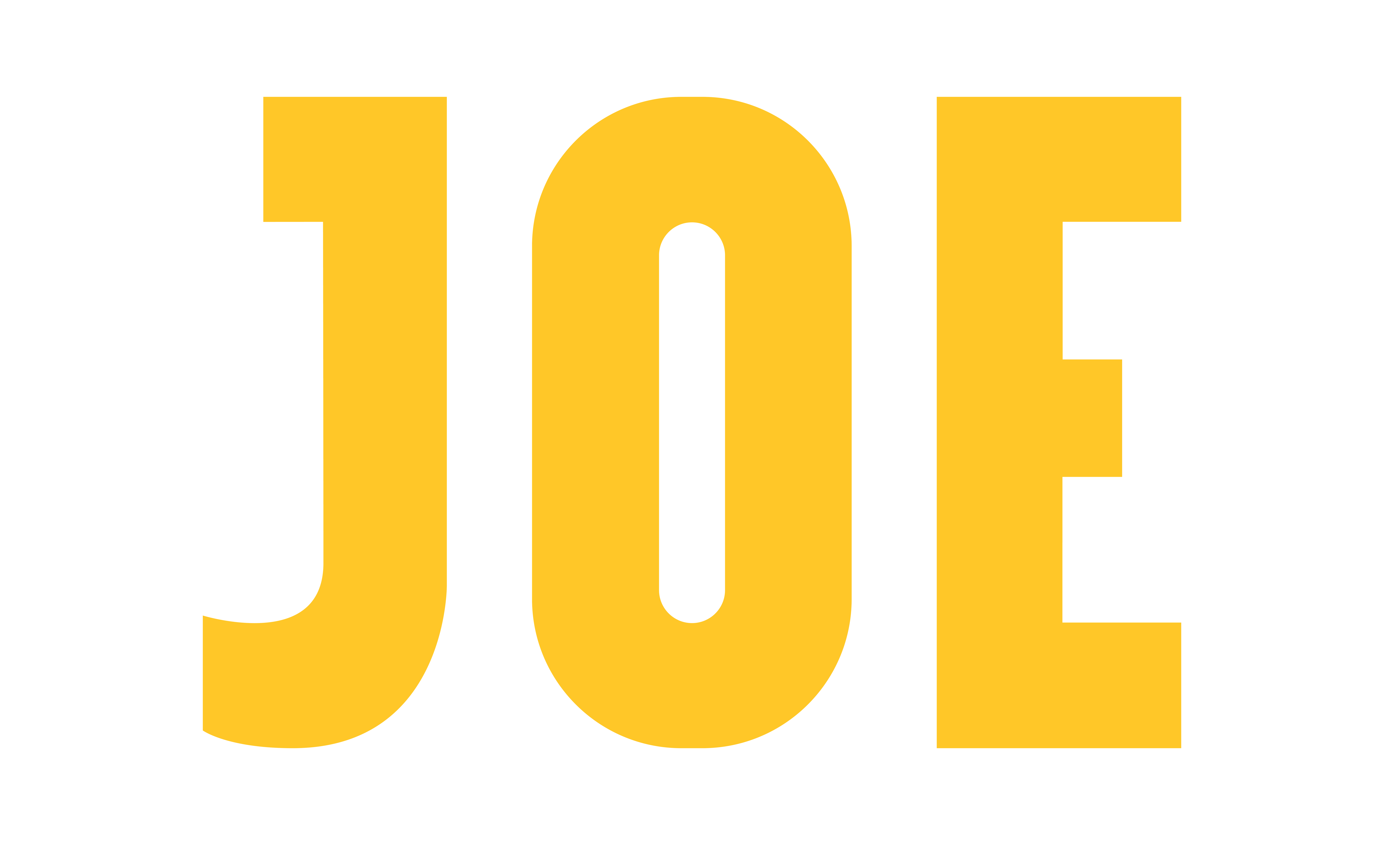 There is a pervasive tendency, especially among those in the media, to simplify moments like this one. To desalinate the cultural current of mineral details until we're left with something that we can comfortably digest.

The 2011 general election, for example, was defined almost exclusively by the financial crisis and the bank bailout. Last year's local and European elections were boiled down to a Green Wave. Sky News went so far as to label the most recent general election across the water as "The Brexit Election."

If you'll forgive me for stating the very obvious: it's not that simple.

Elections are moments of organised chaos, in which people voting on the bases of wildly unrelated criteria, whether it be hours of painstaking policy research, or which candidate sorted the pothole out in front of their house, or who put up the nicest posters, or the party label next to the name, or who their parents told them to vote for, or purely on a whim, all trying to speak over one another.

Some of these voters will be professorial in their knowledge of party platforms, and some voters literally will not know the first thing about who they vote for. This is the process by which Ireland's future is shaped.

And somehow we're supposed to take the aggregate of those voters, who each have virtually limitless combinations of candidates and preferences to choose from, and decide upon a convenient narrative that makes the state of the country as easy to comprehend as possible.

Welp. Let's give it a shot.

Maybe the most salient issue of #GE2020 has been housing, but who's to say that Fine Gael wouldn't have been forgiven for rising rents and rampant homelessness had they only sorted out the National Children's Hospital, and the trolley crisis? So maybe it was healthcare all along. That's it, it's always been healthcare! But then again, maybe Fine Gael would have had a better time of it had their opponents not dominated the opinion polls? So maybe the Sinn Féin surge is the story of the election, or maybe it's the comeback of Fianna Fáil, a party some thought would be dead and buried after the financial crisis saw them lose 51 seats.

Taking a macro view of elections is important.

Patterns and trends are important, especially for professional analysts who earn a pretty penny by predicting what happens next. But we all like to know who cares about what, and how much. It's how we divine what happens next.

It is just as important to reckon with the reality that within those patterns and trends are regular people, changing their minds and turning their hearts, or not, with each latest development, much as one reads a book or binges a Netflix series. It's not so much a big picture as it is a mosaic made up of millions of living and breathing parts, and it's very hard to quantify all of that in a way that isn't reductive.

It is not possible to uncover all the quirks and qualms that determine how people choose to allocate a first preference, and much less so a second preference, and god knows that nobody on earth can coherently tell you what metric they've used to decide between their eighth and ninth preference.

All that in mind, and with only 24 days between the election being announced and taking place, it was hard for a clear narrative to stick. The only thing that really stuck was the chaos.

In American politics, there is a concept known as the 'October surprise.' The idea that the month before a general election, some event that nobody saw coming shakes up the whole race. Think Donald Trump's 'grab her by the pussy' video.

This general election has been a month of January and February surprises.

How about a homeless man, torn from his tent by an industrial vehicle on the banks of the Grand Canal, beneath the poster of the Minister for Housing? The gangland murder of a teenager, his body dismembered and scattered around Dublin and Drogheda. Or Miriam O'Callaghan informing Mary Lou McDonald on-air that she'd gotten her comments on murder victim Paul Quinn badly wrong the night before when speaking to Bryan Dobson. Sinn Féin excluded from the debates, and then parachuted in when it turned out that they're the most popular party in the country. How about one of their local councillors making remarks about Varadkar's Indian heritage, and other bizarre comments about underage girls blackmailing men with sex. Or a Fine Gael candidate speaking on-record to two journalists, misusing the term 'autistic' as an insult to refer to her own leader. Leo Varadkar pausing for an eternity when asked a simple question about whether he'd ever taken drugs.

All of that madness, all over the course of three weeks.

The short timeframe goes some way to explaining the frantic nature of this election, but this stochastic state of affairs didn't start on 14 January. Much more than the breakneck speed of the campaign, it's that Ireland - one of the very richest countries on earth per capita - is beset by collapse and catastrophe in almost every single sector of public life.

Speaking on State of Us: Election 2020, Emmet Kirwan suggested that the atmosphere is one of payback. On the Fine Gael government, he said: "They are going to reap the whirlwind, because they have created a country that benefits are a very small cadre of corporations to hide their wealth and put their wealth away, and they've done it at the expense of young people."

Irish voters have a ruthless, punitive streak - ask Fianna Fáil or the Greens in 2011, Labour in 2016, or the Progressive Democrats (oh wait, you can't, they're all gone). But one pattern that has always held in the past is that when either Fine Gael or Fianna Fáil capitulated, the other was in a position to take advantage by picking up a number of seats that would seem unfathomably enormous in today's climate.

As recently as 2011, the pendulum swung towards Fine Gael, who were propelled into power with 76 seats. 76 seats - not even enough for a majority, mind - is no longer something that our parties can even aspire to. Those days are gone. The wounds of the recession and austerity cut too deep. The alternatives no longer scare people, particularly young voters more preoccupied with the here and now, where they can't afford to leave their childhood bedroom.

The kinds of people whose interests aren't pegged to what Sinn Féin used to be, but what they represents in 2020. In the past, the voters haven't been there. This time, it seems like the candidates won't be there. Alexa, play Alanis Morrissette.

It should be no surprise that chaos has similarly penetrated the public psyche. Look at how society views our leaders.

Some herald Mary Lou McDonald as an angel of change, here to revolutionise our tiny island and deliver us from the same politics that have governed us for the last hundred years. Others see her party as a threat to the rule of law, an active threat to the safety and security of the nation. Indeed, this week's Irish Times poll revealed Sinn Féin as both the most popular and least popular party in the country. Go figure.

Fine Gael, our actual government, are the second-least popular party. In amongst all the fracas, their campaign pitch was a plea for patience. Patience that Irish people no longer have.

It didn't fit the mood. You know things aren't good when the phrase "But it's not enough" is so central to your messaging. It's that kind of Four Star Pizza realism that raises eyebrows. Why only Four Stars, eh?

It's a bit like going to your parents the night before your Leaving Cert starts, earnestly telling them that you've studied very hard, that you can remember some facts and dates, you've kind of grasped the modh coinníollach, you're pretty sure you know how differentiation works and then turning to imaginary camera and resolutely saying "But it's not enough."

Why haven't you done enough, young man? What have you been doing up there? Margaret, fetch me the wooden spoon.

It is similarly telling that Fianna Fáil's strategy has essentially been to pretend like there is no election at all. It's not so much a case of rising above the chaos, but at the very least standing a few yards back from it.

More than anything, #GE2020 was an existential crisis for Ireland. It is no longer clear what kind of country Ireland wants to be.

After many long decades, our days as satellite state for the Vatican are over. As people struggle to meet their basic needs in terms of housing despite nearly full employment, questions are being asked over the corporation tax that was once thought of as our key selling point. In the biggest sea-change of all, it seems as though a solid majority of the country no longer wish to be governed by either of the civil war parties who have passed power back and forth like a baton since the days of DeValera and Collins.

The consequences of today's election will carry us forward, even if they carry us back to Fianna Fáil or Fine Gael.  The point is not that Ireland has changed, it's that Ireland is changing and will continue to change. As the landscapes shifts so rapidly and radically, there is no time left for standing still.

This election campaign has exposed a country in crisis, and those crises will not end when the next government is formed. There will be no grace period for the next Taoiseach and their coalition cabinet, which will likely be just as unstable as the country itself.

A public consumed by crisis and tension and frustration is not a public with patience. Unless the next government can find a way to solve this state of affairs, it's likely we'll be doing this all over again long before their five year term is up, with yet another crisis on our hands.