Immense sacrifice is at the heart of Ireland's relationship with Great Britain.

Much progress has been made over the decades. Men like Martin McGuinness and Ian Paisley could shake hands in their final years. The Queen can comfortably make a state visit here. We have a Taoiseach who is prepared to wear a poppy in November.

Nights out in Newcastle are the norm for Irish holidaymakers. Londoners can be found on stag and hen dos in every Irish town on every weekend. On the street level, our societies are closer than ever before.

END_OF_DOCUMENT_TOKEN_TO_BE_REPLACED

This era was ushered in by the painstaking peace process that resulted in the Good Friday Agreement. That journey was fraught from start to finish, and all that work threatens to be undone now by arrogant English politicians and public figures who have never thought of us as friends. Only a restless colony they no longer wanted to waste any soldiers on.

The English upper-class of today, whose lives have been entirely untouched by the violence that devastated so many lives in Ireland, are perfectly happy to use Ireland as a bargaining chip in their Brexit war games with the EU.

Of course, the irony is overwhelming. That the leader of the DUP Arlene Foster can stand there with a straight face and say it is intolerable for Northern Ireland to be separated from the rest of the United Kingdom is enough to knock you off your feet.

Because once you're rich enough, and powerful enough, you're insulated from all the damage that you cause. Just look at Boris Johnson. Thrown out of his house by his wife and the very next day he's running through a wheat field in an attempt to slag off the Prime Minister who gave him the position of Foreign Secretary, the highest title he's ever had. Time after time, Johnson's failings have been laid bare before the public and yet he barrels forward, an unstoppable juggernaut of pomposity. 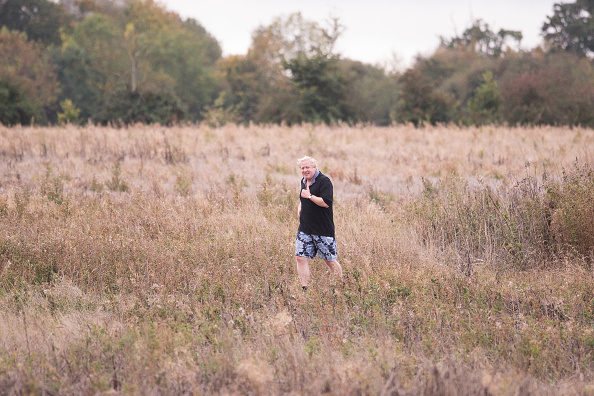 END_OF_DOCUMENT_TOKEN_TO_BE_REPLACED

Those unfamiliar with Boris' father Stanley might be interested to learn that recent remarks made by the elder Johnson on television reveal that the apple doesn't fall too far from tree.

Asked on Good Morning Britain what Margaret Thatcher would have said about the current dialogue around a possible hard border in Ireland, Johnson said:

"She would have said 'It is quite intolerable that this whole question of the Northern Ireland border has come to dominate the proceedings'.

END_OF_DOCUMENT_TOKEN_TO_BE_REPLACED

And there you have it. While the UK government's official line is full of phrases like "tough but fair" and "working together", everything about their approach to Brexit talks says one thing: "Let the Irish shoot each other".

People like Stanley Johnson live without consequences. Ireland has never had that luxury.

And Johnson is, of course, far from alone.

Tory MP Andrew Bridgen left BBC's Stephen Nolan stunned on Monday when he casually mused that he could go to Ireland and get an Irish passport whenever he liked.

"There's a reciprocal agreement where I can go to Ireland and ask for an Irish passport and someone from Ireland can come to the UK and ask for a British passport. We have that system. That's the system we have, isn't it?" Bridgen was shocked to learn that this is, in fact, not the case.

Such is the power dynamic between Ireland and its neighbour, the English have never really felt the need to educate themselves on the Irish political, social or cultural landscape. When it comes to their political class, the motivations of paramilitary groups in the North are less than a mystery. Attributable to little more than our savage nature. The same kind of moral failures that saw us starve during the famine.

Throughout their history, the British ruling class have been famous for their colonial callousness. The kind of cold-heartedness that has allowed them to subjugate and erase peoples and cultures from the face of the earth for centuries. This passive cruelty lives on in many of their public figures today, and Ireland is an intolerant of it now as it was in 1798 and 1916.

Violence no longer paints Ireland's walls, but it remains a shadow in the doorway. The English politicians who orchestrated Brexit don't care about this. Blood on Irish soil is nothing to them. They are the descendants of crusaders. The history they glory in is full of pointless territorial wars with France and Spain. Look at them now and ask yourself if anything has changed.

It is easier than ever to befriend British people, but the current political climate is a stark reminder that, as a nation, Great Britain is not our friend.

popular
Wrestling legend Hulk Hogan 'paralysed from the waist down'
Police special operations unit seize mother's e-scooter after she took child to school on it
Omniplex Cinemas are hiring for an awesome and very rare job
Prime Video has just added one of the best dramas of the last decade
Richard Madeley apologises after calling Sam Smith 'he' and bungling guest's pronouns
An extremely tense true crime drama is among the movies on TV tonight
Parents left in shock after gorillas start mating in front of kids at zoo
You may also like
2 months ago
Piers Morgan says it's "time to admit Brexit has been a disaster" and calls for second referendum
6 months ago
British PM candidate shares bizarre proposal to form alliance with "Viking parliaments", including Ireland
7 months ago
Coveney “hugely disappointed” by UK Government approach to NI Protocol
7 months ago
Coveney fires back at UK Government plans to change NI Protocol
8 months ago
Plan to suspend Northern Ireland Protocol reportedly "days away"
8 months ago
Mary Lou McDonald says UK Government "gamesmanship" over Northern Ireland Protocol won't be tolerated
Next Page