She has also twice failed to win public office, so despite her many talents, maybe electoral politics aren't really for her. Today, she seemed to come to the above conclusion, and left the Green Party.

"I don’t believe that our pathway to a just and free society lies in electoral politics," she said.

END_OF_DOCUMENT_TOKEN_TO_BE_REPLACED

"I have seen how brilliant and brave people are bullied and silenced within parties that profess to be grounded in equality and democracy.

"I’ve seen how much effort and energy gets taken up by elections and internal party struggles. Our only way forward is climate justice and that’s what I will continue to work towards but the Greens no longer provide a vehicle to do that."

It was at that point that the guardians of the Irish political landscape rallied to raise their collective eyebrow at her decision.

Kevin Doyle, group head of news at INM for example, tweeted: "Having failed in the European and Dáil elections, Saoirse McHugh decides basic democracy is not the way forward? I get being disillusioned with the Greens doing a deal with FF/FG - but without electoral politics what do we have?" Columnist Sarah Carey asked the same question.

Political columnists like Pat Leahy and Colette Browne nudged Greens into government last month, by arguing that if climate action was so important, they needed to step up to the plate and prop up Fianna Fáil and Fine Gael as soon as possible.

As a result, the country has been presented with a programme for government that doesn't even sufficiently cut CO2 emissions to meet the bare minimum targets set for us by the UN Environment Programme.

Today Saoirse said: "Let's speed that up with direct action!," and Ireland's political media couldn't remember what all the hurry was about anymore. Calm down, Saoirse, keep quiet for five years and give electoral politics another go.

Thread on leaving the greens:
I have left the Green Party. I doubt that’s a surprise to most people.
The reasons I have left are obvious, I joined the greens with the hope of furthering the cause of climate justice..1/

It's pretty ironic that political journalists, whose involvement in democracy also sits outside the arena of electoral politics, would be so aghast that a young woman is making the very same judgment call they have. What scares me most is that either they don't understand that, or they do understand and they pretend not to, for ulterior purposes that the rest of us can only speculate about.

Whichever it is, it seems the people who prize our political system are blind to all the ways in which it is broken. This attitude is wilfully obtuse, and ignores how progress has actually come about in Ireland over the last several decades. 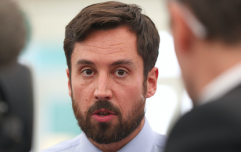 END_OF_DOCUMENT_TOKEN_TO_BE_REPLACED

The most groundbreaking changes never begin at the top, among the class of people who don't need anything to change. Gay marriage was not a pet project of Enda Kenny, reproductive rights were originally opposed by the Taoiseach and Health Minister who oversaw their introduction. Change comes from those who have to live the consequences of votes taken in Dáil Éireann, the placement of commas in the legislation and cut-off points that make the difference between quality of life and none.

The likes of Catherine Corless, Colm O'Gorman, Panti Bliss, Vicky Phelan, Adi Roche, Ailbhe Smyth, Bulelani Mfaco - these dedicated people who have sacrificed so much on behalf of this country - all exist outside of our electoral politics. Are they a threat to democracy too? Or are they just more evidence that our electoral politics doesn't do enough?

McHugh's motives aren't nefarious, nor are they hard to understand. She is not leaving electoral politics and proclaiming herself Taoiseach, seceding with her family of hens, or saying that democracy has had its day and its time for us all to lie down on the shore and let the rising sea-levels take us.

If more of Ireland's political class shared Saoirse McHugh's attitude, our democracy might actually get somewhere.

popular
There are four big movies arriving in Irish cinemas this week
Simon Harris says colleges to offer online learning alternatives after September reopening
Simon Harris says Ireland is "just about ahead" in race between Delta variant and vaccines
Teenager arrested after pointing gun at woman and pulling trigger during attempted robbery in Drogheda
Matt LeBlanc has seen the memes of him as every Irish auld lad and very much enjoyed them
The 50 most iconic songs of all time* have been revealed
PICS: The man with the biggest penis in the world has one unbelievable problem with it
You may also like
6 days ago
Fianna Fáil admits it has also had party members "pose as market researchers"
6 days ago
Leo Varadkar confirms Fine Gael paid students to pose as non-existent polling companies
6 days ago
"Gardaí should be consulted" over Sinn Féin fake polling claims, says Fianna Fáil TD
1 week ago
People need to "avoid the paradox of thrift" and spend more to revive economy, says Leo Varadkar
2 weeks ago
Sinn Féin support rises to be level with Fine Gael, according to new poll
2 weeks ago
Leo Varadkar promises "very positive" announcement on travel, events and reopening of society
Next Page