This week, Fianna Fáil undercut Sinn Féin's proposed three-year rent-freeze on the grounds that the party had received legal advice saying such freezes would be unconstitutional.

These concerns were an echo of issues raised by Minister for Housing Eoghan Murphy when Sinn Féin brought a rent-freeze bill before Dáil Éireann last year.

"The constitution provides strong property rights with regards to preventing people from getting value from their, but it's a heavily qualified right, not an absolute right," Kenny said.

"It can be restricted in the interest of common good.

"The legislature gets the first pass at what "common good" means, and if they decide that there is a policy worth pursuing, such as restricting rights a little bit in certain areas then the courts can review it and decide its constitutionality."

Specifically, Bunreacht na hÉireann says that housing "ought, in civil society, to be regulated by the principles of social justice". It also allows the state to regulate property rights "with a view to reconciling their exercise with… the common good."

Ireland is currently undergoing a housing crisis, with rent prices hitting record highs continuously over the last four years. Additionally, over 10,400 people are officially classified as homeless. Through this lens, Kenny believes it would be possible to successfully argue before the Supreme Court that the "common good" stipulation is met. 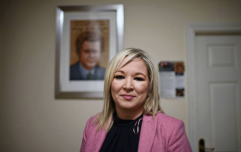 END_OF_DOCUMENT_TOKEN_TO_BE_REPLACED

Kenny also takes issue with the idea that there is precedent ruling out the possibility of rent-freezes, stating that previous Supreme Court rulings on rent-freezes have been nothing like what is proposed now.

"The rent restrictions invalidated in the 1980s were insane, the schemes didn't make any sense. The restrictions were trying to enforce prices from World War I, 60 years later.

"The idea that doing something sensible, rational, systemic is also unconstitutional way over-reads the significance of those precedents."

Kenny has said that no party can confidently decide the constitutionality of rent-freezes, quoting former Taoiseach Jack Lynch in saying: "It would be a brave man who would predict what was or was not contrary to the Constitution."

The legal advice cited by Fianna Fáil this week was provided by Darren Lehane, a former Fianna Fáil candidate for the 2014 local elections.

Emphasising the role of the Supreme Court in the process, Kenny said: "Barristers employed by political parties don’t get to decide what’s constitutional."


popular
“Chockablock” traffic on N11 prompts renewed appeals to public to avoid Easter weekend travel
Rodent infestation amongst reasons for six enforcement orders for Irish food businesses in March
Here's Week 27 of JOE's 19 in 90 quickfire quiz
Someone in Ireland is €311,413 richer after Wednesday's Lotto draw
Tesco make changes to their delivery system to favour elderly and in need customers
This Irish raffle is giving you the chance to win a €250,000 Ferrari
The 50 most iconic songs of all time* have been revealed
You may also like
2 weeks ago
White House and US Senate reach agreement on $2 trillion coronavirus stimulus package
4 weeks ago
It's not easy, being a Green
4 weeks ago
Fine Gael and Fianna Fáil to commence coalition government talks
1 month ago
Joe Biden seizes frontrunner spot to take on Donald Trump following spate of wins on Super Tuesday
1 month ago
Mary Lou McDonald reveals her children attend same school where first Irish coronavirus case confirmed
1 month ago
Rallies prove that Sinn Féin are playing the game better than anyone else right now
Next Page