The Green Party has denied the report.

The Green Party has issued a statement denying media reports that they had chosen junior counsel Roderick Maguire as their candidate for the Attorney General, as part of coalition negotiations.

A report in the Sunday Times (24 May) claimed that "the lawyer named as the Greens' likely candidate for for Attorney General is Roderick Maguire," who had been part of the election campaign team for Councillor David Healy, of the Green Party. END_OF_DOCUMENT_TOKEN_TO_BE_REPLACED

The news caused a furore on social media, where it was noted that Maguire had signed a letter in support of the Save the Eighth campaign, which advocated for a 'No' vote in Ireland's 2018 referendum on reproductive rights.

After denials by individual TDs on Twitter, the party has now issued a denial, which reads: "The Green Party would like to clarify that no names have been put forward by the party for the role of Attorney General in any potential coalition government.

"The party has not discussed possible appointments either internally or with other parties at any level."

On Twitter, Green TD Neasa Hourigan had written: "With the greatest respect to this member I have never heard his name, appointments are decided by the leaders not the core negotiating team. 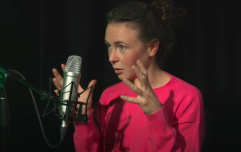 END_OF_DOCUMENT_TOKEN_TO_BE_REPLACED

"The Attorney General is an incredibly important role, as an active repeal campaigner this would not be an acceptable appointment to me."

The letter argued that "it would be profoundly unjust to withdraw the existing constitutional protections from the unborn child or to give Government the power that they seek to legislate in this area."

Maguire was also a signatory of a letter published in the Irish Times, which put forth the argument that: "We are not being asked to vote for abortion in certain limited cases, we are clearly being asked to remove all constitutional rights from unborn humans."

As things stand, the Greens remain locked in coalition talks with Fine Gael and Fianna Fáil, and are also heading towards a leadership election, in which Deputy Leader Catherine Martin has been nominated to challenge the party leader Eamon Ryan.

popular
Disney+ has just added 10 big movies to its library
QUIZ: You'll do well to get 100% in this General Knowledge Quiz
QUIZ: How well do you really know Irish weather?
The new Garda uniform has finally hit the streets
The JOE Movie Quiz: Week 167
QUIZ: Can you get 10/10 in this Irish sayings quiz?
25 years ago, Sylvester Stallone delivered his best performance in a hard-hitting crime drama
You may also like
3 weeks ago
Ireland warned it is "not prepared for today’s climate and the climate of the future"
2 months ago
Almost half of Irish people do not trust the government to tell the truth, study finds
2 months ago
Dáil passes motion to secure public ownership of National Maternity Hospital site
3 months ago
No permission given to Russian Victory Day rally in Phoenix Park
3 months ago
Michael Healy-Rae blasts Eamon Ryan, says Green Party is "hindrance" to environment
5 months ago
Eamon Ryan encourages road users to slow down to save fuel
Next Page