When you create a void, something will fill it.

Very early on in this pandemic, Ireland got something very right. Communication. Now, as we are in the midst of one of our most crucial periods in battling against this virus, all of that seems to have disappeared.

From the start, people got on board. Daily press conferences, led by public health officials, in which clear advice was given and dystopian numbers communicated. Simple, concise messaging that everyone knew and understood were distributed nationally, regionally and locally on television, in newspapers and on radio stations. Influential people on social media delivered key messages to a demographic who don't watch the news.

END_OF_DOCUMENT_TOKEN_TO_BE_REPLACED

That seems now to have been replaced with mixed messaging at best, and a complete absence of key politicians at worst.

The Irish public is jaded, tired and sick of this pandemic. That's fair enough to say, right? It has been five gruelling, relentless months for everyone on this island, no different to how it has been for most of the planet. We have been bombarded with information, scared by numbers, muddling from home. Some of us have lost jobs, some of us have lost friends and family members. All of us have been affected.

We have been warned of a second surge of Covid-19 for a long time. We were told that as we opened up the economy and the country, that the risk of another wave of the virus became bigger. A large increase in the daily confirmed cases of the virus in the last two weeks, and a localised lockdown of three Midlands counties, seems to tell us that that wave seems to be rising around us.

At a time where we need now, more than ever, to be informed, encouraged and reminded, nothing seems to be penetrating. Our politicians are on a, admittedly shortened, break from the Oireachtas, with very few appearing publicly bar the occasional shoe-shopping excursion.

END_OF_DOCUMENT_TOKEN_TO_BE_REPLACED

At a time when we are being told that cases are rising among younger people, our Minister for Health has not posted on Instagram since February 8. At a time when our schools are due to open in the middle of a second wave of a global pandemic in just two weeks' time, our Minister for Education has been anonymous and unsighted. At a time when this country needs leadership, reassurance and most of all information, our new Taoiseach is nowhere to be seen.

Following publication of this piece, a government spokesperson contacted JOE and noted that Minister Donnelly has had a number of media engagements in recent weeks, including on RTÉ's Prime Time + Morning Ireland shows and on Newstalk. The Taoiseach also conducted a number of press conferences (11 + 13 August), addressed the nation on 7 August and has also appeared on Morning Ireland and Newstalk in recent weeks.

Minister Foley is "lined up for shows this week ahead of the back to school drive", has published two updates on the roadmap for reopening schools and was part of a press conference for launching that roadmap on 27 July. 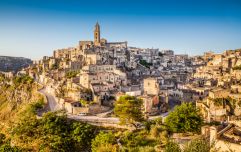 END_OF_DOCUMENT_TOKEN_TO_BE_REPLACED

These media engagements are welcome, but are they reaching people? Are they speaking to key demographics? Because while we've gotten so much right in our response to Covid-19, we have also gotten plenty wrong. More often than not, that has come back to poor communication from the top, of both this government and its predecessor.

Face-coverings were batted down the road for weeks before becoming important, a few more weeks along the road before they became compulsory and then another few weeks for good measure before they actually became enforceable. The message on travel advice, and the much maligned 'Green List', was so garbled from government that even the head of Fáilte Ireland ended up in Italy rather than Inis Meáin.

Schools will open again in two weeks with huge questions still to be answered. These range from (literally) massive issues such as buildings being ready in time to safely accommodate already over-crowded classrooms, to smaller (but just as significant) problems such as if uniforms need to be washed every day. We are watching the U-turn of Scotland, Northern Ireland, Wales and England in their second-level state exams, while blundering down the same road ourselves.

The loudest we have heard from government in recent weeks has been after a 20-second clip of a wild brunch in a Dublin city centre pub went viral. The actions in that video were wrong, infuriating and downright disrespectful to every sacrifice made by Irish people in recent months. But they are an isolated incident. They did not cause repeated outbreaks in Direct Provision Centres or meat-processing plants. They did not lock down Laois, Offaly and Kildare. They are just an easier target.

Communication of key public health advice needs to happen in a manner that appeals to every citizen who needs to hear it. Detailed breakdowns of clusters and specific advice for individual areas, rather than generic county by county figures, would help people react in the manner needed. Just hearing and seeing our political leaders at a time when we need them more than ever would be nice.

Everyone got on board back in March, but more needs to be done now to keep it that way. We can't blame people for not listening when they are not being spoken to.

This post was originally published on 17 August and updated on 18 August to include a response from the Government press office.

popular
Thunderstorms and heavy rain to end Ireland's current heatwave
The JOE Friday Pub Quiz: Week 307
Record for hottest August day in Ireland ever has now been broken
Anne Heche dies one week after car crash, aged 53
WATCH: Flight makes scary 'lowest ever landing' at Greek airport, narrowly avoiding plane spotters
An exciting Irish crime thriller is among the movies on TV tonight
Shooting stars set to light up Ireland's skies this weekend
You may also like
1 week ago
A county-by-county breakdown of the number of pubs closed in Ireland in the last two decades
2 weeks ago
Covid-19 testing centres may be stood down entirely later this year
1 month ago
People who got Covid at Christmas do not have protection from current wave, expert warns
1 month ago
12 Aer Lingus flights cancelled due to spike in Covid cases among staff
2 months ago
Covid hospital cases on the rise as Varadkar says "summer wave" could be starting
3 months ago
Almost 15 million people have died due to pandemic, says World Health Organisation
Next Page