Transgender health activists said that the "devastating" breach of trust left some people on the wrong waiting list for up to three years.

The Transgender Equality Network Ireland (TENI) said that some transgender patients have spent years waiting for an appointment, "without any communication or notification" from the National Gender Service.

Transgender people can already be left waiting years to access healthcare through the HSE, and many choose to go private instead. At the moment, it takes over a year for a person to get their first visit with the National Gender Service.

People who had their referrals misplaced incorrectly believed that they were making their way through the waiting list for hormone treatment, which is over three years long.

TENI said it understands that the HSE will now contact everyone affected by the mistake, and decide what to do on a "case by case basis" and that those affected will be reinstated into the correct position on the waiting list.

"We are shocked and disappointed at this disregard for patients. This will have a devastating impact on our community. It is a breach of trust. Our community told us that they were waiting too long, that their referrals were lost in the system and that they were not being kept informed. We knew that these concerns were valid. Now the National Gender Service has finally admitted that their system has failed us," TENI said, in a statement.

Transgender healthcare campaigners had repeatedly raised concerns about patients being left off HSE waiting lists, but had never had their concerns addressed until now.  TENI said it had "consistently" raised the issue. It said it held a crisis meeting with the HSE on Monday, and was told that the National Gender Service would put resources in place to resolve the problem.

This Is Me, a group which campaigns for better healthcare for trans people, said that it was not shocked by the HSE announcement.

"We are only shocked and surprised by the National Gender Services’s public admission to this long known situation. That they have finally, publicly confirmed our claims to be true," it said. 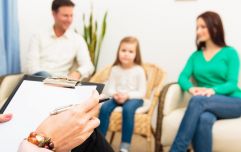 END_OF_DOCUMENT_TOKEN_TO_BE_REPLACED

It said the HSE had "now confirmed the service failures that This Is Me, TENI and the trans community as a whole have been saying all along."

"Although we are satisfied that the National Gender Service has now admitted their failures, the real work for the community begins now," it said.

In a statement on Wednesday, the HSE said it was "confident" that its review "has identified the majority of those affected."

"However, if anyone was referred to the service, and has not been contacted by us, they can alert us to your situation by ringing 01-2115045 or email nationalgenderservice@hse.ie," it said.

"We apologise to those affected by this discovery, their families, and the transgender community in Ireland. We have informed TENI and other relevant stakeholders of the situation and will continue to update them as things progress

"The National Gender Service is committed to continuing our quality improvement programme and will continue to review all processes regularly. We are now confident that this issue has being fully resolved and will not be repeated."

Anyone whose referral was lost will receive a letter from the National Gender Service. Anyone who needs urgent support can call the LGBT Helpline on 1890 929 539. You can also contact the Samaritans at 116 123 or Pieta House at 1800 247 247.


popular
Met Éireann says there's a risk of snow for parts of Ireland this weekend
QUIZ: Can you guess the pixellated movie posters?
Teenager arrested in relation to death of Cameron Blair at a house in Cork
QUIZ: Can you name all these European countries just from their vowels?
Here are Ireland’s favourite takeaways, as per the National Takeaway Awards
Aldi to recruit 550 new staff and implement living wage rate for employees
Dublin pub to host a 'doggy date night' where you can bring your dog to dinner
You may also like
2 days ago
HSE offering free MMR shots to combat continuing rise in mumps
6 days ago
HSE issues warning after a large increase in mumps cases
2 weeks ago
Hundreds of junior doctors left out of pocket by over €500 for work in Irish hospitals
2 weeks ago
HSE issue apology for high level of activity in their Emergency Departments
2 weeks ago
Visitor ban imposed at Cork hospital after spike in flu cases
2 weeks ago
620 people waiting on trolleys for hospital beds on third day of the year
Next Page