Impeachment has finally come for Donald Trump - but what does that mean?

On Tuesday, Speaker of the House Nancy Pelosi confirmed that the House of Representatives would move ahead with an impeachment inquiry. Of Trump, she said: "The actions of the Trump presidency revealed dishonourable facts of the president's betrayal of his oath of office, betrayal of national security and betrayal of the integrity of our elections."

Democrats have been pushing for such an inquiry since Trump took office, citing possible justifications that include using the presidency to personally enrich himself and his possible engagement with Russian officials for the purpose of aiding his 2016 campaign.

However, the straw that has broken Pelosi's back was last week's whistleblower complaint that Donald Trump had pressured the president of Ukraine (and former comedian) Volodymyr Zelensky to open an investigation into Joe Biden and his son in order to scupper his presidential campaign. It has been alleged that Trump went as far as to threaten to withhold military aid from Ukraine unless officials there investigated the former vice-president.

Biden is currently a leading candidate in the Democratic primaries to face Trump in the 2020 presidential election. Trump allegedly urged Zelensky to investigate business activities related to Hunter Biden, who was a board member for a company owned by a Ukrainian oligarch.

Trump wants Zelensky to investigate whether Joe Biden acted improperly in calling for the ouster of Ukrainian prosecutor Viktor Shokin, who was investigating a company that was paying Biden's son $50,000 a month to sit on its board of directors. However, calls for Shokin's removal were widespread, and the New York Times has written that "the Ukrainian prosecutor was not 'aggressively pursuing' investigations into Burisima at the time, but was accused of using the threat of prosecution to solicit bribes from company leaders."

Similarly, Shokin's replacement continued to investigate the company for 10 months before closing the investigation. 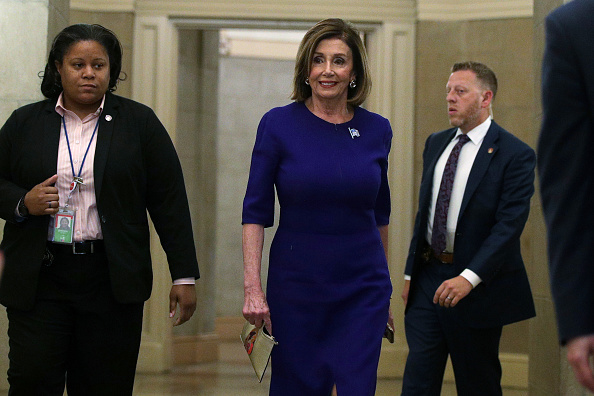 Complicating the matter even further is Ukraine's current relationship with Russia. Since 2014, Crimea in Eastern Ukraine has been annexed and governed by Russia, and Ukraine relies on US military aid to combat Russian incursion in the region. Donald Trump's relationship with Russia and Vladimir Putin has already been the subject of investigation by Special Counsel Robert Mueller, who refused to absolve the president of wrongdoing.

Trump also sought to block the whistleblower complaint from being shared with agencies of the intelligence community. The relevant whistle-blower law says that such complaints must be passed to the congressional intelligence committees within seven days. 16 days later, congress still hasn't seen the complaint. 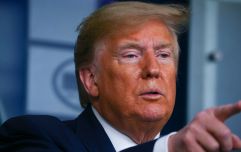 END_OF_DOCUMENT_TOKEN_TO_BE_REPLACED

This development has prompted dozens of more centrist Democrats to back long-standing calls by the party's left-wing to begin impeachment proceedings against the president.

Donald Trump has agreed to provide the transcript of his phone call with Zelensky, and has denied any wrongdoing.

"I am currently at the United Nations representing our country, but have authorized the release tomorrow of the complete, fully declassified and un-redacted transcript of my phone conversation with President Zelensky of Ukraine," he tweeted on Tuesday.

"You will see it was a very friendly and totally appropriate call."

UPDATE: The White House has since released the transcript, in which Trump explicitly asks Zelensky to investigate Joe Biden and his son Hunter. There is no mention of aid being withheld, although the transcript covers just four pages worth of a 30 minute conversation.

The transcript also sees Trump urging Zelensky to liaise with US Attorney General William Barr, and his own personal lawyer Rudy Giuliani.

As President Trump promised, here is the full, unredacted transcript of his call with the Ukrainian President: https://t.co/XURxHAjTDK 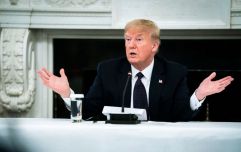 Trump asked China to help him win re-election, according to new book

END_OF_DOCUMENT_TOKEN_TO_BE_REPLACED

The White House has also said that it will make the whistle-blower's complaint available to Congress, and may allow the whistle-blower — a member of the US intelligence community — to meet with members of the House.

The substance of these documents will decide the next step in the inquiry. If there is sufficient evidence that Pelosi feels she can win a vote on Trump's impeachment, then she'll likely call for one. Currently, Democrats hold the majority in the House of Representatives by 235 to 198, with one Independent.

So does this mean the end of Donald Trump's presidency?

Well, no, probably not.

If the House of Representatives does eventually vote to impeach Donald Trump, articles of impeachment will then be forwarded to the Senate. Once the matter reaches the Senate, a super-majority is required to convict the president, meaning that 66 of the 100 elected Senators must find against the president.

As things stand, Trump's Republican Party has a majority of 53 in the Senate, against 45 Democrats and two Independents (one of whom is Bernie Sanders). Throughout Trump's tenure as president, members of his own party have almost never voted against his wishes, suggesting that they would be unlikely to do so on articles of impeachment. In this case, a minimum of 19 Republican senators would have to vote against the president.

For example, Bill Clinton was impeached by the House of Representatives in the 1990s when it transpired that he had lied under oath about his affair with Monica Lewinsky. Articles of impeachment were forwarded to the Senate, which declined to convict him.

The only other president to be impeached by the House of Representatives, Andrew Johnson in 1868, was also spared conviction by the Senate by just one vote.

Impeachment has played an important role in the end of presidencies, however. It was the threat of impeachment that saw Richard Nixon become the only president ever to resign the office.

It is possible that the impeachment proceedings will damage Donald Trump's campaign for re-election, but those in Trump's camp maintain the message that this process will only energise his base, and help him in the long-run.

popular
Grant Imahara, co-host of Mythbusters, has died aged 49
QUIZ: Can you name all the countries beginning with 'E'?
“We’re just short of calling for lynchings at the airports.” TD calls for perspective in Covid-19 coverage
Ryanair to cut 1,000 flights between Ireland and UK
Documentary series described as ‘The real-life Sopranos’ coming to Netflix next week
The Father Ted tribute to Jack Charlton deserves to be watched today
New outdoor escape game coming to 16 venues in Ireland between August and October
You may also like
2 days ago
US President Donald Trump wears mask in public for the first time
3 weeks ago
Donald Trump extends visa ban, including J1 and H1-B visas, until 2021
3 weeks ago
‘Racist baby’ video shared by Donald Trump flagged as ‘manipulated media’ by Twitter
3 weeks ago
Facebook takes down Trump ads for violating policy against "organised hate"
3 weeks ago
First look at "incredible" Brendan Gleeson as Donald Trump in new mini-series
1 month ago
Joe Biden predicts the military will intervene if Trump refuses to accept election loss
Next Page