US election: Results delayed in Iowa democratic vote due to "inconsistencies"

The first major event of the 2020 US election campaign proved chaotic, with more than one candidate claiming victory.

With our own general election looming, things are hotting up in American politics.

After four years in office, US President Donald Trump will defend his crown this November. His opponent has yet to be decided, with 11 Democratic candidates vying for the opportunity.

Monday night (3 February) was supposed to shed some insightful light on a frontrunner, with the Democratic presidential primary contest kicking off in Iowa.

The local caucuses saw voting begin in over 1,600 precincts at approximately 7pm local time. By 11pm, no results were made available, with "inconsistencies" and "quality control checks" cited.

"This is simply a reporting issue. The app did not go down, and this is not a hack or an intrusion. The underlying data and paper trail is sound and will simply take time to further report the results."

Joe Biden blasted the situation, noting that there are "considerable flaws" in the voting process. "These acute failures are occurring nationwide," Biden said in a statement directed at the Iowa Democratic Party. 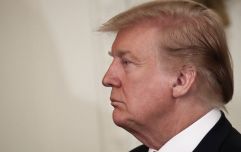 Trump invited to attend his impeachment hearing or 'stop complaining'

END_OF_DOCUMENT_TOKEN_TO_BE_REPLACED

Addressing a crowd of his supporters while awaiting the results, Sanders claimed an early victory.

"Let me begin by saying that I imagine, I have a strong feeling, that at some point the results will be announced and when those results are announced I have a good feeling we're going to be doing very, very well here in Iowa.

"And the message that Iowa has sent to the nation, the message shared by the American people, is that we want a government that represents all of us, not just wealthy campaign contributors and the 1%."

Sanders' campaign team released data of their own, claiming to represent results from almost 40% of Iowa precincts. If accurate, the data would indicate that early win, placing Sanders on 28% of the vote with Buttigieg - who told his own supporters that he was victorious - on 25%.

The candidates now move on to New Hampshire for the next leg of the campaign with the results from night one yet to be revealed as of Tuesday morning.


popular
Tesco make changes to their delivery system to favour elderly and in need customers
Here's Week 27 of JOE's 19 in 90 quickfire quiz
Someone in Ireland is €311,413 richer after Wednesday's Lotto draw
QUIZ: Can you name all of these characters from Love/Hate?
Gardaí set up checkpoints on major roads across the country to stop Easter travel
Google announces Stadia Pro is now available free for two months
Trump says WHO "called it wrong" on coronavirus
You may also like
6 hours ago
Bernie Sanders drops out of 2020 US presidential race
7 hours ago
828 more people have died from Covid-19 in England
1 day ago
Body of Maeve Kennedy Townsend McKean recovered following canoe accident
1 day ago
WhatsApp is introducing stricter restrictions to curb spread of fake messages
1 day ago
China reports no new coronavirus deaths for first time since January
2 days ago
A tiger at Bronx Zoo in New York has tested positive for Covid-19
Next Page