What kind of coalitions are on the cards after the #GE2020 results come out?

What happens the morning after #GE2020?

Permutations pop up pretty much whenever the Irish national team reach the final stages of qualifying for an international tournament and we're relying on a team much better than us to draw 0-0 with Georgia while we lose by less than a goal so we can qualify for the play-offs.

This week, there's something a little bit different but no less important, to be considered: the future of Irish democracy.

On Saturday, the Irish public will head to the polls and decide which candidates will make up the 33rd Dáil.

While the results will largely be known by Sunday evening, what might be less clear is what those results mean. It's a dead cert that no party will have enough seats to lead the government by themselves. That means one of a few things will happen.

One outcome is a coalition, where some parties set their differences aside and rule together. Then there's a minority government, through a confidence and supply agreement. This is different to a coalition, in that the secondary partner of the agreement doesn't set policy, merely signs off on it. That's the combustible relationship that Fine Gael and Fianna Fáil have had for the last four years.

The third option is that nobody can agree on what to do, no government is formed, and we all go back to the polls.

Since they led the most recent opinion poll, let's start with Sinn Féin.

Sinn Féin are only running 42 candidates, barely half of what they would need to lead a government by themselves, so that's a non-starter.

As far as coalitions go, Fine Gael and Fianna Fáil have actually been competing on who is more emphatic on not going into government with Sinn Féin. So one of them would have to break a pretty big promise for that to happen. 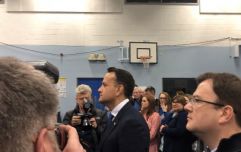 END_OF_DOCUMENT_TOKEN_TO_BE_REPLACED

Left-wing voters are hoping that Sinn Féin could potentially lead a leftist coalition. Such a coalition could exceed 80 seats, but there would need to be an unprecedented consensus between Sinn Féin, the Greens, Labour, the Soc Dems, Solidarity-PBP and some and probably some independents to boot.

Labour leader Brendan Howlin has ruled out working with Sinn Féin, so Sinn Féin, Soc Dems and PBP would all have to well outperform expectations to have enough seats for this to work. And then they'd all have to agree on a platform. So for now, the leftist coalition is a weak maybe.

Solidarity-PBP have made it clear that they will not coalesce with Fine Gael or Fianna Fáil, so if Sinn Féin aren't in government, that means neither are they.

Fianna Fáil, who are running enough candidates to lead the country on its own, will be hoping to end up with more seats than Fine Gael got at the last election. That is to say, enough to let them lead a coalition rather than rely on a confidence and supply arrangement.

Green Party leader Eamon Ryan has styled himself as a bit of a statesman throughout this campaign, prepared to work with anyone. Anyone at all! Please work with us!

In turn, Micheál Martin has openly expressed admiration for Ryan, and criticised Sinn Féin on the basis of their climate policy. So it seems as though there's a happy marriage to be made there. The most optimistic projections see the Greens getting somewhere between 12 and 15 seats, which would be a major increase, and put them in prime kingmaker position.

Howlin has not ruled out working with Fianna Fáil, and has made the point during debates that he entered politics to affect change rather than sit on the sidelines, justifying Labour's ruinous coalition with Fine Gael. It seems as though the Wexford man is ready to get hurt again. 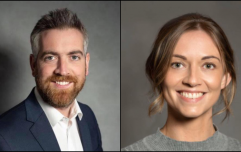 END_OF_DOCUMENT_TOKEN_TO_BE_REPLACED

If all three parties hit their targets, they might have enough seats to go into government together - or with the help of some independents who'd like a little bit more power, thank you very much. They shouldn't be too hard to find.

Soc Dems leader Róisín Shortall is similarly open to the idea of being wooed, having said: "We will talk to anybody after the election. It is not up to politicians to rule anyone in or out." Her party is hoping to take up to seven seats (they currently have two).

In this outcome, Fianna Fáil takes the most seats, and then hopes that these smaller parties looking for a good time pick up enough seats to whoosh them over the line and back into government.

So where does that leave the outgoing government: Fine Gael? Sinn Féin themselves have left the door open to work with either at Fine Gael or Fianna Fáil, but Varadkar has made a point of recording every single one of his front-benchers shutting down the idea of such a coalition. So that's out.

If they were to pull a surprise out of the bag, outperform all polls, and land the most seats then they'd be the ones looking for help from the Greens, Soc Dems, Labour and Independents. Micheál Martin has categorically ruled out continuing the confidence and supply arrangement as it currently exists.

Until now, Fine Gael have led the country despite having only 49 TDs, thanks to that arrangement. Varadkar has said he would consent to a reversal of this arrangement, with FG propping up FF, but only as a last resort. Still, it's pretty telling that the Fine Gael leader is looking at the chair and thinking of his party as the legs.


popular
Motorist in Kildare caught driving with tax 13 years out of date
Man (40s) killed after walking in front of oncoming truck after driving into a ditch
QUIZ: How many of these Line of Duty characters can you name?
QUIZ: How well do you know Will Smith's movie career?
BBC will show an 'immensely powerful' documentary about The Troubles tonight
Over 200,000 people have signed petition demanding change in how media treats those in the public eye
Social media is too far gone for kindness to win
You may also like
1 week ago
Simon Coveney once again rules out coalition government with Sinn Féin
1 week ago
Five counts later, Leo Varadkar finally achieves voting quota
1 week ago
"Best outcome is a government without Fine Gael and Fianna Fáil" - Mary Lou McDonald
1 week ago
Exit polls finds Sinn Féin is most popular party in every age group except for over-65s
1 week ago
Exit poll indicates three-way tie for top spot in general election
1 week ago
The Chaos Election - How #GE2020 was defined by crisis
Next Page