The comments are out of touch with the reality for many people.

Tánaiste Leo Varadkar appeared on the national airwaves on Thursday to discuss the situation in Ireland regarding Covid-19.

Nothing new there; some politician or another appears on basically every national radio station every day to explain to us – but never too specifically – about what is happening in Ireland.

END_OF_DOCUMENT_TOKEN_TO_BE_REPLACED

But then the topic switched to the rather uncomfortable issue of employers docking wages of staff or else forcing them to use annual leave if they have to leave work on short notice in order to receive a vaccine.

A report in TheJournal.ie showed this is happening for some retail workers, while on Newstalk, Pat Kenny also said he had been contacted by someone working for a large multinational manufacturing company where this is also the case.

In Varadkar’s view, it’s because the vaccine rollout is going a little too well.

Earlier this week, it was revealed Ireland is currently the fastest country in the Organisation for Economic Co-operation and Development (OECD) for Covid-19 vaccinations. Ireland has been vaccinating 1.24% of the population each day.

END_OF_DOCUMENT_TOKEN_TO_BE_REPLACED

Appointments are popping up mere days after someone registers and there’s little time for an employee to engineer their time around it.

Notice the problem of docking pay and making staff take annual leave has only come to light recently as the younger cohorts began to receive their vaccines. Funny that.

Amusing in the same way you put on a clenched smile when you’re the butt of a particularly nasty joke.

However, there’s no need to fear, because the government has a robust system in place to ensure that no worker is penalised for having to receive a vaccine required to have any semblance of a regular social life, with indoor dining returning on Monday.

END_OF_DOCUMENT_TOKEN_TO_BE_REPLACED

Now don't we all just wish the above sentence was true?

Instead the advice from the deputy leader of the country comes in two parts.

One is encouraging employers to have a heart and not penalise staff for receiving what has proven to be a life-saving vaccine. This doesn’t seem an unreasonable request; the fundamental tenet of how business works is employers rely upon their employees to function so it’s in their best interests for them to be vaccinated.

But ultimately it’s like your mother telling you and your siblings to play nice when you were kids, there’s always one who takes it as a personal challenge to do anything but. 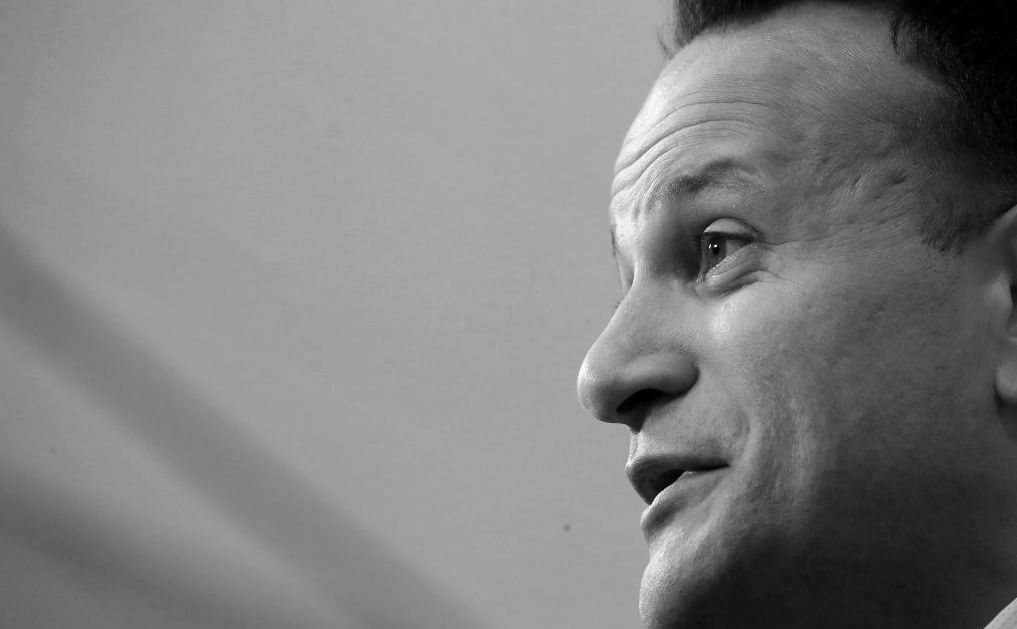 Part two of his advice concerns finding yourself working for an employer who doesn’t happen to have a fully functional aortic pump. Varadkar suggested, albeit off the cuff with a bit of mirth, that “maybe a bit of naming and shaming might help" before saying he’d “certainly like to see people let us know about companies and employers that are behaving in that way”.

The use of “us” in this sentence is open to interpretation. It almost certainly does not mean “the government” because if it did he would have given us details of a portal where workers could report the issue for the government to take action.

The only other possibility that comes to mind is the public domain, through either traditional or social media.

So it begs the question; are we seriously listening to a senior politician, who used to be the leader of this country – and will be again in the near future when the Taoiseach merry-go-round spins his way shortly – tell us that his advice when an employer docks your wages because you’re doing your duty of getting the Covid-19 vaccine is… to out them on social media and hope that the public gives them a right good kicking?

Try telling that to someone in their early 20s working in retail or in a low-paid job in the service sector. The people who need their job either to live or pay for their education.

Nevermind the consequences when your tweet doesn’t go viral and all you're left with is an employer who knows the first person getting the boot at the next opportunity.

Of course, there's also the anonymous route in established media. Where government can read what is happening and declare their disgust on national radio. And so the circle continues.

Perhaps it was a careless comment, delivered without much prior thought, and one that Varadkar would like to take back on second listening. I hope it is.

It’s 22 July, 2021 and all one of the leaders of the country can seemingly say to employees is: ‘Hmmmm, perhaps the social media mob might sort them out for you’.

All things considered, it’s a bit like asking someone with depression if they’ve tried Headspace.

popular
Conor Mcgregor hit by car ‘at full speed’ while cycling
Parents left in shock after gorillas start mating in front of kids at zoo
Colin Farrell shouldn't win the Oscar this year
Harvard study reveals how many times men should ejaculate each month to stay healthy
DJ accidentally shoots herself in the face with a confetti cannon while performing
The JOE Friday Pub Quiz: Week 331
Netflix has just added one of the best sci-fi movies of recent years
You may also like
1 day ago
No plans to abolish homework, says Minister Foley
3 days ago
This is what the cheapest house for sale in Dublin looks like
4 days ago
NTA publish €25bn plan for new Luas lines and Metrolink in Dublin
5 days ago
Three injured after fight breaks out at refugee centre in Dublin
5 days ago
Irish pizzeria given perfect score by top food reviewer
6 days ago
Elderly man killed in Cork hospital attack named
Next Page