"You abused, mistreated, a Garda Síochána. For that, you were prosecuted. You were found guilty."

Dáil Éireann is no stranger to the odd tiff between rival politicians but an exchange between Tánaiste Leo Varadkar and Sinn Féin TD Pearse Doherty went from relatively innocuous to bitterly personal over the course of a heated 10-minute spell.

Kicking off Leaders' Questions with the ongoing hot-topic subject that is the cost of living crisis in Ireland, Doherty noted that many people in the country are in dire straits when it comes to basic human needs, before entering in a sly dig over a Fine Gael celebration dinner that Varadkar hosted on Wednesday evening.

END_OF_DOCUMENT_TOKEN_TO_BE_REPLACED

"Whilst you toasted your own success in Government last night, the reality is that many families out there are being pushed to the brink," said Doherty.

"And let me tell you this, Tánaiste, the last thing they're thinking about is raising a glass to Fine Gael's success because what they're worried about is how they will pay the bills at the end of the month or how they will put on the table for their children." 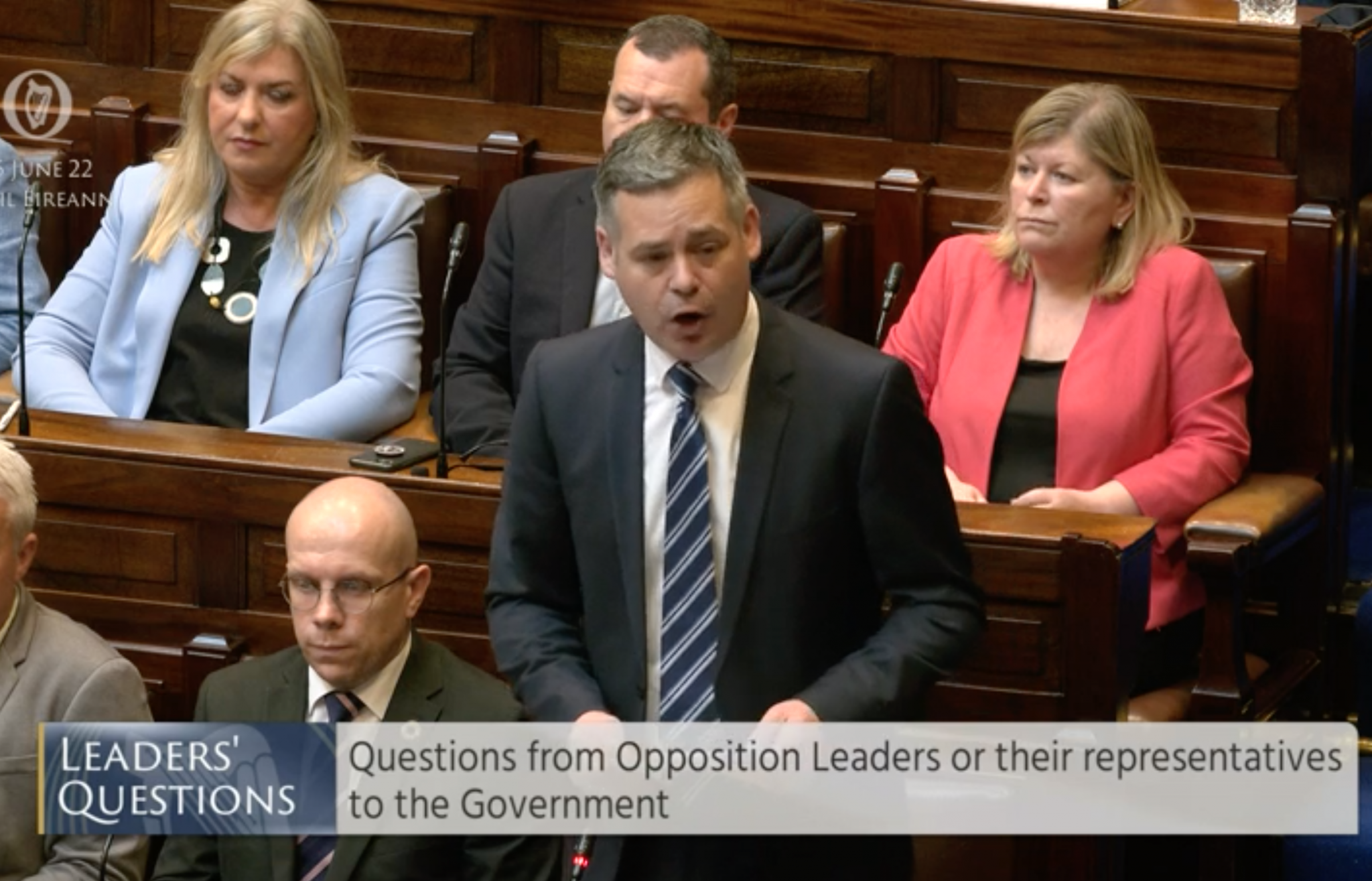 After waiting for Doherty to conclude his overall remarks, Varadkar immediately hit back.

END_OF_DOCUMENT_TOKEN_TO_BE_REPLACED

"Deputy, just first of all, I think that was a cheap shot," he said.

"I hosted a dinner last night to thank colleagues for their years of service and there was no public money involved. You host dinners in America, you charge people a thousand dollars a plate to attend, and your party leader flies first class to get there.

"That's what you do in the middle of a cost of living crisis, and I believe she's about to announce another first class trip to Australia, which she'll be undertaking in the next couple of weeks, where she'll be clinking champagne glasses with the Trinity alumni in Australia and meeting the Australian business association.

"So that's a cheap shot, particularly coming from a hypocritical party like yours, a party that receives millions of donations from vagabonds who live in a caravan, a party that is one of the biggest landlords in the State, and a person who operates his constituency office using public money from some sort of republican company.

END_OF_DOCUMENT_TOKEN_TO_BE_REPLACED

"So, cheap shots, particularly coming from you, should be seen as what they are from the Irish people," Varadkar concluded. Momentarily, at least.

Granted his chance for a rebuttal, Doherty began by stating that Varadkar's "opening gambit just again explains how out of touch your Government is", adding that he "really thought somebody who, in which the DPP is currently assessing whether they'll prosecute you under the Corruption Act, maybe you would be a bit more humble in relation to your response".

Doherty then moved on to addressing the latest ERSI report and pushing for immediate Government action on energy costs, finally handing the microphone back to his counterpart, who hit back on an equally personal front. 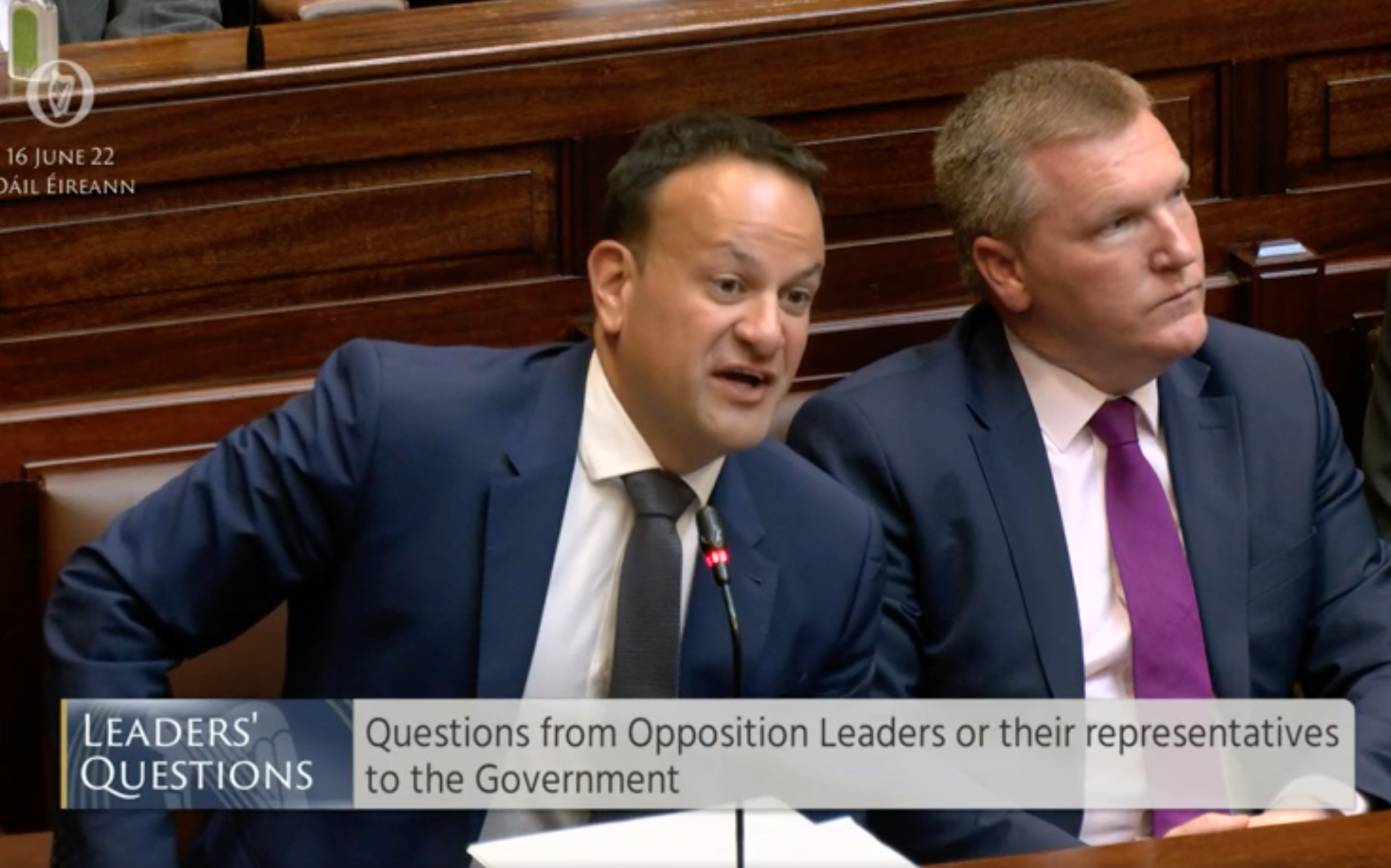 "Deputy, I think that was another cheap shot and a very personal shot," Varadkar began. "And it says a lot about you and the nature and the character and kind of person you are, and it's particularly strange coming from you because you were prosecuted.

"You abused, mistreated, a Garda Síochána. For that, you were prosecuted. You were found guilty. Yes, you got away without a conviction because of your age at the time but you were actually prosecuted, you were arrested – that's what happened to you.

"And in your party, there are a huge number of convicted criminals in your party and in your wider Republican family," the Tánaiste continued. "Whether that is tax dodgers like Slab Murphy, a 'good Republican' according to Mary Lou McDonald, a good Republican, a tax dodger, people who are convicted for murder. We know what your party's attitude is to rape and pedophiles and what you've done in relation to that.

Cue consternation in the chamber, with Varadkar adding from his seated position: "Oh, the courts will decide and they've decided on you – you were prosecuted, you were taken to court."

One ring of the Ceann Comhairle's bell later and the matter was over, a new speaker on the floor, yet little signs of the dust settling on this particular battle just yet.