Mary Lou McDonald: Leo Varadkar's comments on Direct Provision lacked compassion and empathy and show how low this government has set the bar

Writing exclusively for JOE, Sinn Féin President Mary Lou McDonald responds to Leo Varadkar’s comments on Direct Provision and calls for an end to what she describes as "this generation's Magdalene Laundries".

As an Irish republican, I remain driven by one of the core ideals of the 1916 proclamation: To build an Ireland that cherishes all the children of the nation equally.

Those ideals hold true now more than ever. They ought to underpin every decision we make as legislators here at home and how we seek to influence world leaders on the international stage.

END_OF_DOCUMENT_TOKEN_TO_BE_REPLACED

All around the globe, we are witnessing ever-deepening inequalities that hurt, fracture and divide societies.

In the United States, 66 years after the American Civil Rights movement began, racial prejudice continues to rear its ugly head with depressing regularity.

Late last month, despite desperate and repeated pleas from the victim that he was choking, an unflinching white police officer’s knee remained firmly on George Floyd’s neck as he cried out ‘momma, I’m through’ when drawing his last breath.

That image and those words, seen and heard all across the globe, will haunt a generation.

But how we react can define it.

It wasn’t a once-off. Deaths of this nature are all too common. Racial inequality and police violence against the African-American community is not a new thing.

But it must serve as a watershed. George Floyd’s death cannot be in vain, and Ireland has its part to play to make sure that it isn’t.

Millions have taken to the streets, not just in America, but worldwide. There are, of course, concerns that all that pent-up anger has boiled over on occasion. 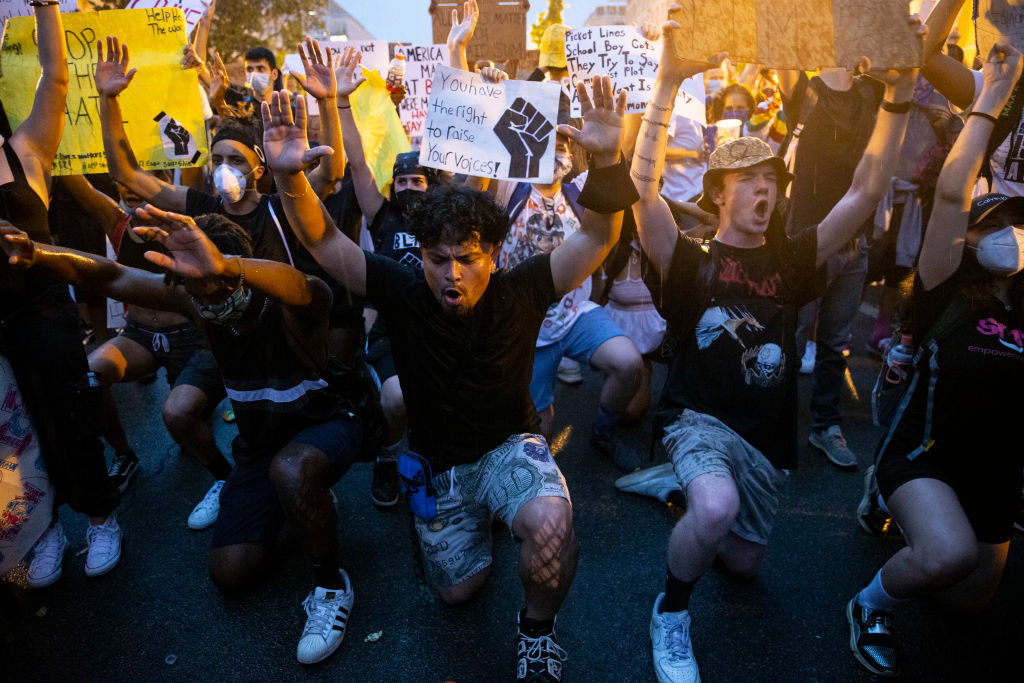 END_OF_DOCUMENT_TOKEN_TO_BE_REPLACED

So what we need to do now is harness that emotion and turn it into a united force of solidarity that seeks to bring about a better world that ends inequalities and prejudice.

Let us cherish all the children of the world equally.

We must stand together and provide hope for people that a better world is possible. 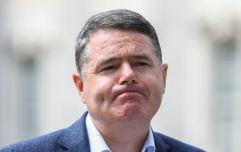 END_OF_DOCUMENT_TOKEN_TO_BE_REPLACED

When the liberties and civil rights of people are at risk, then we must speak out.

When law enforcers treat people differently because of their skin colour, their religion or their sexuality, then we must speak out.

We are no strangers on this island when it comes to having to fight for our civil rights, or for showing solidarity with those abroad who have had to fight for theirs.

From the civil rights movement in the north in the sixties and seventies, to Mary Manning and the Dunnes workers refusing to handle South African Apartheid produce in 1987; right through to the current generation fighting for marriage equality and to repeal the Eighth Amendment, Irish people have shown their willingness to stand up for the rights of themselves and for those of others.

This is another one of those times we must step up to the plate. The family of George Floyd has urged protesters to "raise their voices for change in peaceful ways."

That we must - at home and abroad.

While we all unanimously condemn the racial prejudice that risks tearing American society apart and use our influence on the world stage to push those in power there to do better, we must also look a little closer to home too.

Earlier this week, Leo Varadkar stated: “Racism is a virus that we have been fighting for millennia. Despite the progress we have made, it is no less virulent today and no less dangerous. We need to show solidarity as people of all races and backgrounds around the world come together to stop its spread and defeat it.”

On that occasion, the Taoiseach was right, of course. But he just can't help himself, can he?

In the Dáil chamber on Thursday, in a discussion about the inhumanity of the Direct Provision system, the Taoiseach said that it was "ultimately a service offered by the state."

He added that people living in the centres were "being provided with free accommodation, food, heat, lighting, healthcare, education, and some spending money" and that "it's not the same thing as a man being killed by the police."

Is that how low this government sets the bar?

Going by what the Taoiseach said, you would be forgiven for thinking Direct Provision centres were some sort of holiday camp. But that couldn't be further from the truth.

What the Taoiseach said on Thursday was risible.

It beggars belief that he could be so deeply lacking in any sort of compassion or empathy for those weighed down by being treated as lesser human beings in these centres.

Since the turn of the millennium, successive governments have presided over the system of Direct Provision that is so utterly devoid of the solidarity the Taoiseach spoke of earlier this week.

Direct Provision is this generation’s Magdalene Laundries. It is offensive that the Taoiseach calls it a "service" when it is, in fact, a disservice to the decency of Irish people.

The system is a shameful legacy of successive governments, including Leo Varadkar’s. It is long proven to be broken, inhumane, and debasing of human beings.

And actions speak louder than words.

If the Taoiseach is serious about showing solidarity with people of all races and backgrounds as he says, then his government must start treating people currently living - or, more accurately, locked up - in Direct Provision as human beings.

Let this generation be the one that ends Direct Provision and that treats people with dignity.

popular
Clint Eastwood's final western is among the movies on TV tonight
Revolut co-founder donates €100,000 to Late Late Toy Show appeal
The JOE Friday Pub Quiz: Week 271
Toy Show viewers can't get enough of Finn from last night
Ryanair's "virtue signalling" claims are indicative of Ireland's view on the Irish language
Iconic nightclub venue in Galway announces permanent closure
QUIZ: Let's get cracking with this General Knowledge Quiz
You may also like
1 week ago
TD Paul Murphy accuses Goverment of "sleep-walking" country into a Christmas lockdown
2 weeks ago
Taoiseach says he does not anticipate lockdowns over Christmas this year
3 weeks ago
"I won't be reading it." Donnelly responds to claims Taoiseach lost faith in him in new book
3 weeks ago
WATCH: David Attenborough delivers emotional speech on climate emergency
1 month ago
'We have to be careful' – Ministers address possibility of further restrictions
1 month ago
Simon Harris "surprised" by lack of booster programme for healthcare workers
Next Page