Minister for Housing Eoghan Murphy survives vote of no confidence

Eoghan Murphy will continue in his role as Minister for Housing.

Minister for Housing Eoghan Murphy has survived a second vote of no confidence in as many years. On Tuesday evening, TDs in Dáil Éireann voted not to remove Murphy from office by a margin of 56-53.

The motion had been tabled by Roisin Shortall of the Social Democrats. Labour, Greens, Soc Dems and Sinn Féin all voted no confidence in the minister, who is a TD for Dublin Bay South. 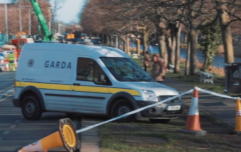 END_OF_DOCUMENT_TOKEN_TO_BE_REPLACED

Thomas Pringle, an independent TD who would have voted against Murphy, was absent due to a previous engagement.

Independent TDs including Noel Grealish, Michael Lowry and Denis Naughten threw their weight behind the government, securing a crucial escape for Murphy. Fianna Fáil, who are propping up the Fine Gael government through a confidence and supply arrangement abstained from the vote, effectively allowing Murphy to remain in his position.

According to figures published earlier today, homelessness in Ireland has now increased to 10,514, including over 3,000 children.

This is the second vote of no confidence that Murphy has faced during his time as housing minister. In 2018, a motion put forward by Sinn Féin also failed.

popular
Amazon Prime Video has just added 21 big movies to its library
Netflix has just quietly added 12 big movies to its library
Seven more suspected cases of unexplained hepatitis in Ireland under investigation
Gardaí investigating firearm being discharged near film set in Donegal
Couple injured after alleged homophobic attack in Dublin
The 50 most iconic songs of all time* have been revealed
Derry Girls fans in bits following emotional season finale
You may also like
2 weeks ago
Housing Minister says economic migrants are factor in rising homelessness levels
1 month ago
Number of affordable properties available to rent falls by 92% since June 2021, "stark" new report finds
1 year ago
This lady’s moving story really shows how homelessness affects Irish children
1 year ago
WATCH: This powerful new Irish ad really puts everything into perspective
1 year ago
Two homeless men found dead in Dublin
1 year ago
Peter McVerry Trust to deliver over 210 social housing units in Ireland in the next 12 months
Next Page