I got called Specky yesterday.

Picture the scene. Back home. Fresh air. A big, warm sun refusing to give way to the evening. The first hints of Spring.

END_OF_DOCUMENT_TOKEN_TO_BE_REPLACED

Over my shoulder in the calm and glowing street, from out of the back square, someone is laughing. It must be a friend. A familiar face at least.

I turn with a smile, thinking this is some sort of welcoming irony. It's not.

It's four teenagers I've never seen before emerging with their hoods up, looking bored as if their tippex pens had run out.

They were calling me Specky and they were being serious too. Business as usual in Derry. 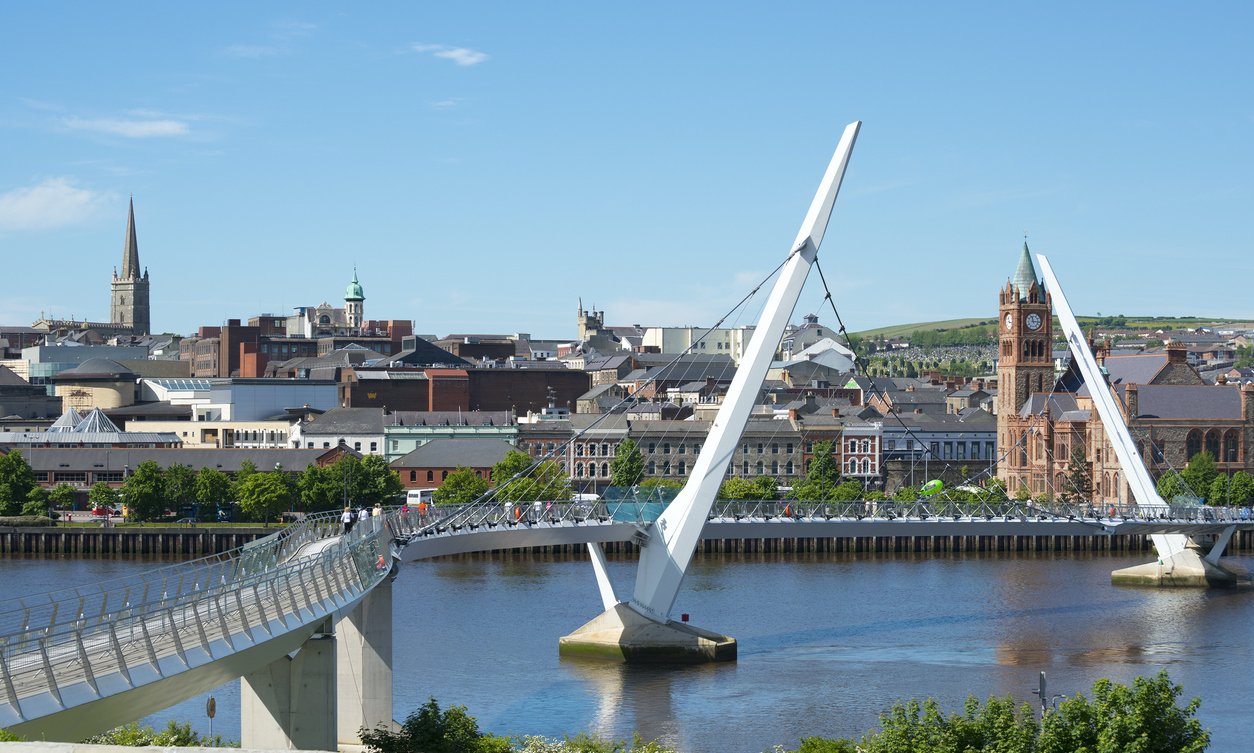 Joe Brolly has been jumping up and down this week trying to get the attention of the Northern Ireland Executive as he was being sent to work as normal in courts that were packed with jurors and barristers and spectators. We're texting about doing a video on the inaction of the UK government that's threatening more and more lives by the day.

END_OF_DOCUMENT_TOKEN_TO_BE_REPLACED

I tell him I have a vested interest in it - like most people do - because my ma is still being sent in to work in a school canteen with 500 children eating food and running around her every day. The phone rings almost immediately.

When you've read the papers, when you've listened to the experts and when you've watched on with horror as the case studies from around the world draw closer to these islands, it can be infuriating to see your family being put at risk because those supposed to be making the decisions are sitting on their hands.

Joe's auntie Sue is vulnerable. She's not long recovered from pneumonia and he's made a point to tell his family to stay away from her, physically.

"If she gets this virus, she will die," he says. "So I rang her up to see how she's getting on and she said 'good - Kathleen's coming around in half an hour with some scones.' I told her to tell Kathleen to fuck off. Coming around with scones, Jesus Christ."

As Northern Ireland finally starts introducing measures for #Covid19, @JoeBrolly1993 says it's disgraceful what's been allowed to happen to 1.9 million people on this island. pic.twitter.com/LJIHwakyPB

END_OF_DOCUMENT_TOKEN_TO_BE_REPLACED

Even today, eight days after Leo Varadkar started necessarily shutting down the Republic, six of the counties on the island seem largely unaffected by the world's events.

If you drive through Dublin right now - one of the worst cities on earth to drive in - every day is like a bank holiday. At 8am in the north, it's nearly like the boom has just hit Derry, with a steady stream of traffic queuing up for rush hour to get in to work. On the way east at that garage at the bottom of the Glenshane, there are no gloves at the petrol pumps, there are no sanitisers at the doors of any of the shops up here, and there's a huddle around the hot food counter. They don't have any markers down in stores to keep order and distance in the lines for the tills and they have boys lifting coal for people and stocking shelves, bare-handed and oblivious. In Belfast, traffic jams.

None of these people are to blame. They don't know any better, they're not being told any different and that means it's still a little bit of a joke in the north - the 'scaremongering' around the big bad coronavirus. Attitude reflects leadership and the blasé indifference coming from Westminster and Stormont is setting the tone for what is a dangerously slow-moving response in Northern Ireland.

If you're one of the people rushing back from France or Spain before the deadline, the concern for you and the people you'll come in to contact with depends on whether your onward journey is taking you to Donegal or Derry. If you're staying in the Republic, you'll be hit over the head with 14-day quarantine warnings. If you have any symptoms, call your doctor and a test will be arranged within three days. If you're heading up north, here's a number you can call if you need to. If you have no symptoms, work away.

This, a visualisation of insanity. pic.twitter.com/VojsSbxmav

On Wednesday, Arlene Foster finally recognised that there was a serious virus spreading that would require the schools to shut down indefinitely. On Wednesday though, she also said the schools could stay open for another two days, as long as they're all closed by Monday.

Sure what harm would another few days do, eh? The lack of urgency and coherence is astonishing and, unfortunately, it's going to be very costly. Either you need to take measures or you don't but everything is being half-assed with all this indecisive lack of conviction.

Anything constructive that's happening, is taking place because of the foresight and decision-making of individuals. Some companies are taking their own steps, some schools are going their own way, some sports have shut down, others were taking place in the north as late as the weekend just passed. A lot of places have closed for business but they haven't been followed by everyone because it hasn't been issued.

It's not fair on the ones taking the hit for the common good and it's a royal mess because no-one even looks like they're trying to pull any of it together. In fact, you have Boris Johnson sounding bored and tired already asking if his addresses to the media are worth anything as the whole of England, Wales, Scotland and Northern Ireland languish in purgatory wondering if they should be doing something, wondering if they should be stripping the supermarket shelves before someone else does.

In the south, as of last night, there were over 40,000 applications to On Call For Ireland as people queue up to help. In Italy, they're singing to each other on their balconies. People have come together because they've been pushed apart. They're united against a common enemy, with the same struggles and the same fears.

In the north, it's almost business as usual. People are making decisions for themselves for better and for worse. There's no united strategy because there's nothingness at the top and every day of delay and hesitancy is another day of mingling and spreading. There are over 3,000 cases in the UK and the instinct is still to wait-and-see when devastated countries at this stage were going into lockdown and even then couldn't stop it.

As of March 20, not much has changed in the six counties. The workplaces are still open, the schools are going for another day and there's traffic on the roads and in the shops. The leadership - or lack of - has allowed people to carry on as normal as much and as long as possible.

They're even loitering around on the streets still, roaring 'Specky' at an innocent passer-by.

popular
One of the most-anticipated movies of the last few years is finally available to watch at home this week
PICS: The man with the biggest penis in the world has one unbelievable problem with it
Simon Harris and wife welcome arrival of new baby boy
The 50 most iconic songs of all time* have been revealed
Government announces special €1,860 payment for laid-off workers during pandemic
It looks like Garth Brooks will play FIVE nights in Ireland after all
Gardaí warn of scam involving "inappropriate or sexual images" after young boy blackmailed for money
You may also like
12 hours ago
Llamas could play a role in treating Covid-19 in the future
1 day ago
Six out of 10 office workers still in the dark about future workplace plans
4 days ago
Pop-up Covid-19 vaccination centres to open on college campuses this month
6 days ago
NPHET gives green light to further easing of restrictions from Monday
6 days ago
Irish pubs and nightclubs could be given 6am closing time after 22 October reopening
1 week ago
Date, acts and location for Irish nightclub pilot event finally announced
Next Page