Ireland will go to the polls on 8 February, but there's a lack of clarity over who can actually vote.

As it stands, thousands of people who have registered to vote in Ireland within the last year may not have their names added to the register.

Under the Electoral Act 1992, the new electoral register will not become valid until February 15 - seven days after the election. This means that anyone who has registered in the last year may have to re-register on the supplemental list.

Sinn Féin TD Seán Fleming raised the issue yesterday, and had intended to raise the issue in the Dáil on Wednesday - but the Dáil has now been dissolved.

The Labour Party had called on Minister Eoghan Murphy to introduce a bill that would clarify the circumstances surrounding voter eligibility.

Speaking on Monday night, Jan O'Sullivan TD said: "As has been highlighted today anyone who registered to vote in recent months won't be added formally to the voting lists until 15th February when the new Electoral Register comes into effect. That means if an election is held before then they potentially won't be able to vote unless they join the supplement.

"Minister Eoghan Murphy who is responsible for the Electoral Acts could quickly resolve this through an administrative bill that I'm sure would pass the Dáil quickly on Wednesday with all party support providing legal certainty. Alternatively he should clarify at a national level that everyone who registered will be able to vote, and will be added to the supplementary register in their local authority." 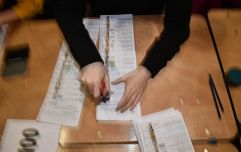 END_OF_DOCUMENT_TOKEN_TO_BE_REPLACED

Addressing the issue on her official Twitter page, TD Ruth Coppinger wrote: "Fingal and Dublin City will add new voters intended for 2020-21 register onto supplement. My understanding is the Electoral Act is vague enough to allow this to happen."

Coppinger has acknowledged that it will be "voter suppression of younger voters if not resolved".

Eoin O'Broin of Sinn Féin has now called on Minister Murphy to "issue written guidance to Local Authorities advising them to automatically transfer all new 2019/2020 registrations onto the supplementary register if election date is before 15 February".


popular
Singer Duffy reveals she was drugged and raped while being held captive
QUIZ: The devilishly tricky grammar quiz that will drive you around the bend
QUIZ: Can you name the capital cities of these 30 countries? (Part Two)
The 50 most iconic songs of all time* have been revealed
Lonely Planet have created an alternative bucket list for those travelling around Ireland
Rallies prove that Sinn Féin are playing the game better than anyone else right now
These are the 10 most popular movies and TV shows on Netflix in Ireland right now
You may also like
6 days ago
Artists like Dave and Stormzy are leaving a legacy that no other modern artist can compare to
1 week ago
Social Democrats accuse Fine Gael of "shadow boxing" and "theatrics" after cancelling proposed meeting
1 week ago
The "Anyone but Fianna Fáil or Fine Gael" bloc is stronger than ever, but it isn't enough yet
1 week ago
Bernie Sanders wins Democratic primary in New Hampshire
2 weeks ago
Should you fill in your ballot the whole way down? It's up to you
2 weeks ago
PERSONALITY TEST: Which Irish cult hero is your Taoiseach?
Next Page